Dressed in red, with a Spanish-inspired hairstyle and holding a cigarette and white rose, Betty Curnow is presented by Louise Henderson as the epitome of the independently-minded modern woman. Fractured, flattened forms suggest Henderson’s interest in synthetic cubism, pioneered by Pablo Picasso and Georges Braque, but Curnow remains recognisable and the force of her character provides much of the painting’s impact. Born in Paris, Henderson studied at the School of Industrial Arts before her marriage brought her to Christchurch in 1925. She taught in Christchurch and Wellington until 1950, then moved to Auckland and took up painting full-time, later teaching at art schools in Auckland and Sydney. (Brought to light, November 2009) 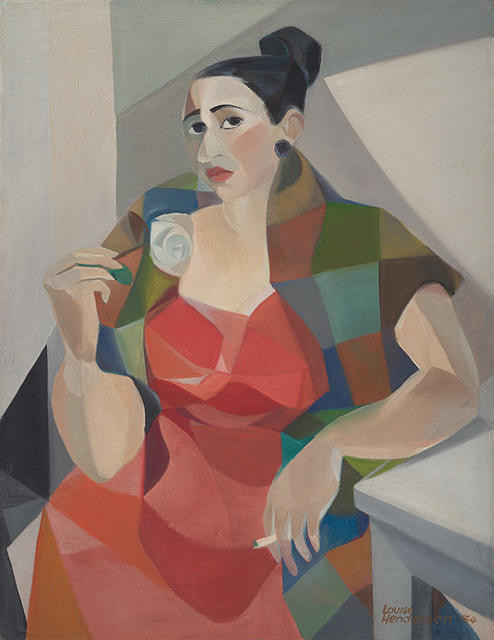