John Weeks studied art in Auckland, Sydney and Christchurch before making the decision in 1923 to travel to Scotland to attend the Edinburgh College of Art and the Royal Scottish Academy. The formative influence on his work, however, was the period spent studying under the cubist painter André Lhote in Paris in 1925. Like many expatriate painters, Weeks returned to New Zealand with fresh and progressive ideas on painting; through his appointment to a teaching position at Auckland’s Elam School of Fine Arts in 1929, his ideas informed and influenced a new generation of art students. (Brought to Light, November 2009) 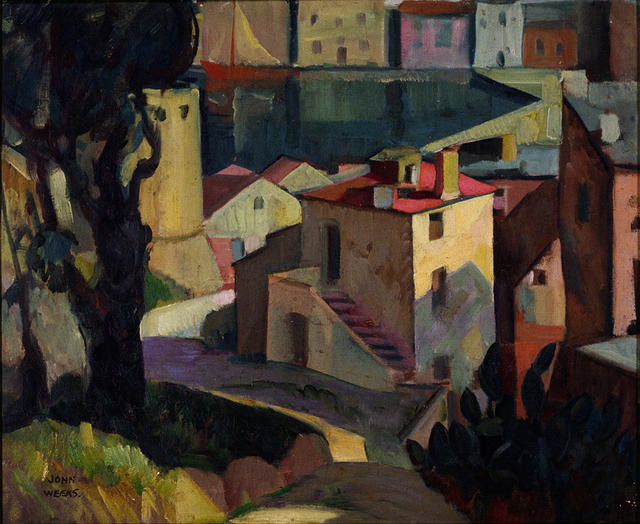