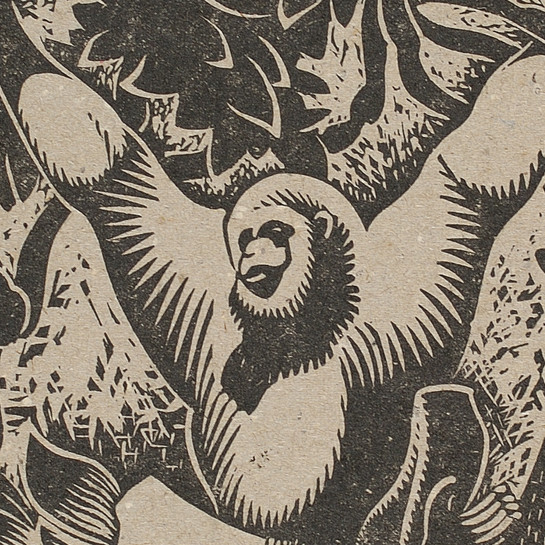 Ape To Zip: Adventures in Alphabet Art
East and West

This article first appeared in The Press on 1 November 2006

Standing beneath a leafy bough, and immaculately attired in swathes of red and blue, a petite Japanese woman looks down, bends - and does a surprising thing. Beneath her, and apparently at her mercy, is a traditional samurai warrior, a large and muscular man. The woman, however, pinches the lobe of his ear and inflicts excruciating pain. It is a curious scene. As an ‘ukiyo-e' woodblock print, it is the central panel of a triptych by Utagawa Kuniyoshi (1798-1861).