Paul Nash was working as an Official War Artist for the Air Ministry when he completed this painting. He did a series of watercolours, called ‘Marching Against England’, that focused on downed German bombers which littered the English countryside during the Second World War.

The ‘Crash Paintings’, as they became known, highlight Nash’s interest in surrealism - the monolithic objects that once soared in the sky have come crashing down to earth with shuddering results. The images are loaded with associations of death and destruction, not only of the aircrew but also the victims of their bombs.

Nash is one of Britain’s most significant artists of the early 20th century. He briefly attended the Slade School of Art in 1910 but was largely self-taught. In the 1920s his reputation grew. In 1933 he was a central figure in establishing ‘Unit One’, a group of contemporary British artists influenced by surrealism and abstraction. 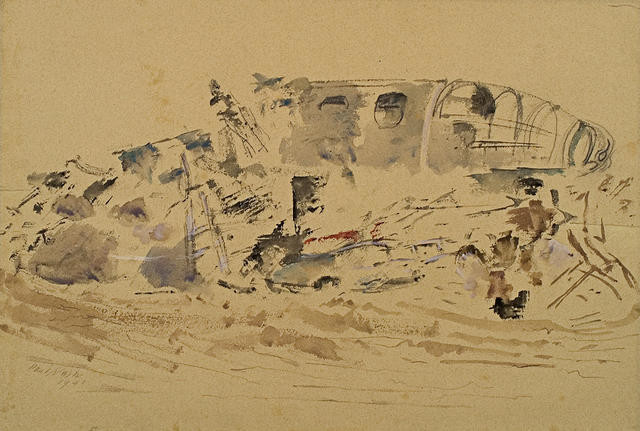 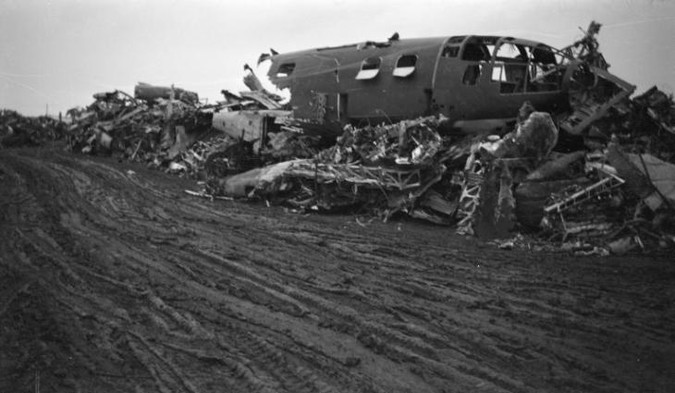