Frederick Porter was born in Auckland and studied for a short time in C. F. Goldie’s studio. In 1902 he went to Melbourne where he spent eleven months at the National Gallery School before travelling on to Paris to continue his studies at the Academie Julian, under Jean Paul Laurens.

By 1910 Porter had moved to London where he was attracted by the early canvasses of John Constable.

Following the years of World War I, which Porter spent as an artist for the British Government, he began exhibiting with the ‘London Group’. From 1925 to 1935 he was its vice-president. It was during this period that he painted Sussex Landscape.

Porter taught at the Central School of Art from 1924 until the year of his death. He exhibited regularly in London and also sent work back to New Zealand.

His landscape and still-life painting in particular gained a certain degree of recognition among British contemporary artists and he was also included in several travelling exhibitions that toured Europe and the United States of America.

If you can tell us where this scene is, then please contact us. 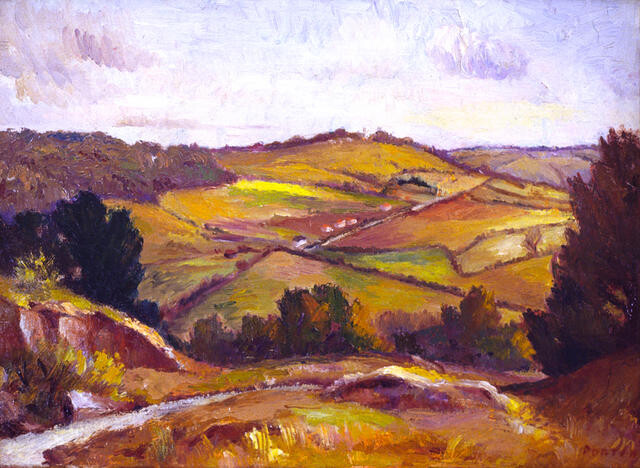