This work is a celebration of the grandeur and elegant architecture of Haarlem Cathedral. The recently-completed cathedral was a source of great pride to the people of Haarlem, but note the small ‘memento mori’ – a reminder of death and the sin of worldly vanity - seen in the pastor in his black gown talking to a gravedigger with wheelbarrow and shovel.

Continuing the tradition of Dutch architectural painting, Cornelius Pronck has here produced a display of controlled watercolour technique and three-point perspective. With careful realism he has captured the cool, silvery light in the towering nave of the simplified Gothic style cathedral. The tiny figures add human interest and contribute to a sense of scale, while the fine ink lines sharpen the details of the architecture.

Born in Amsterdam, Pronck became a prominent portrait painter and was praised for the careful technique he used in his works. He much preferred, however, to paint views of cities and landscapes. 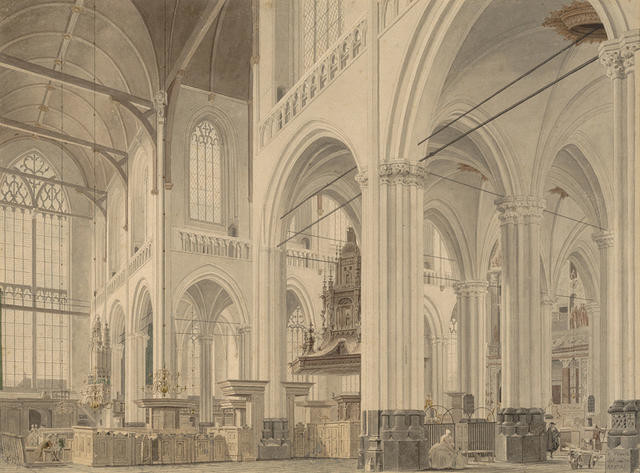 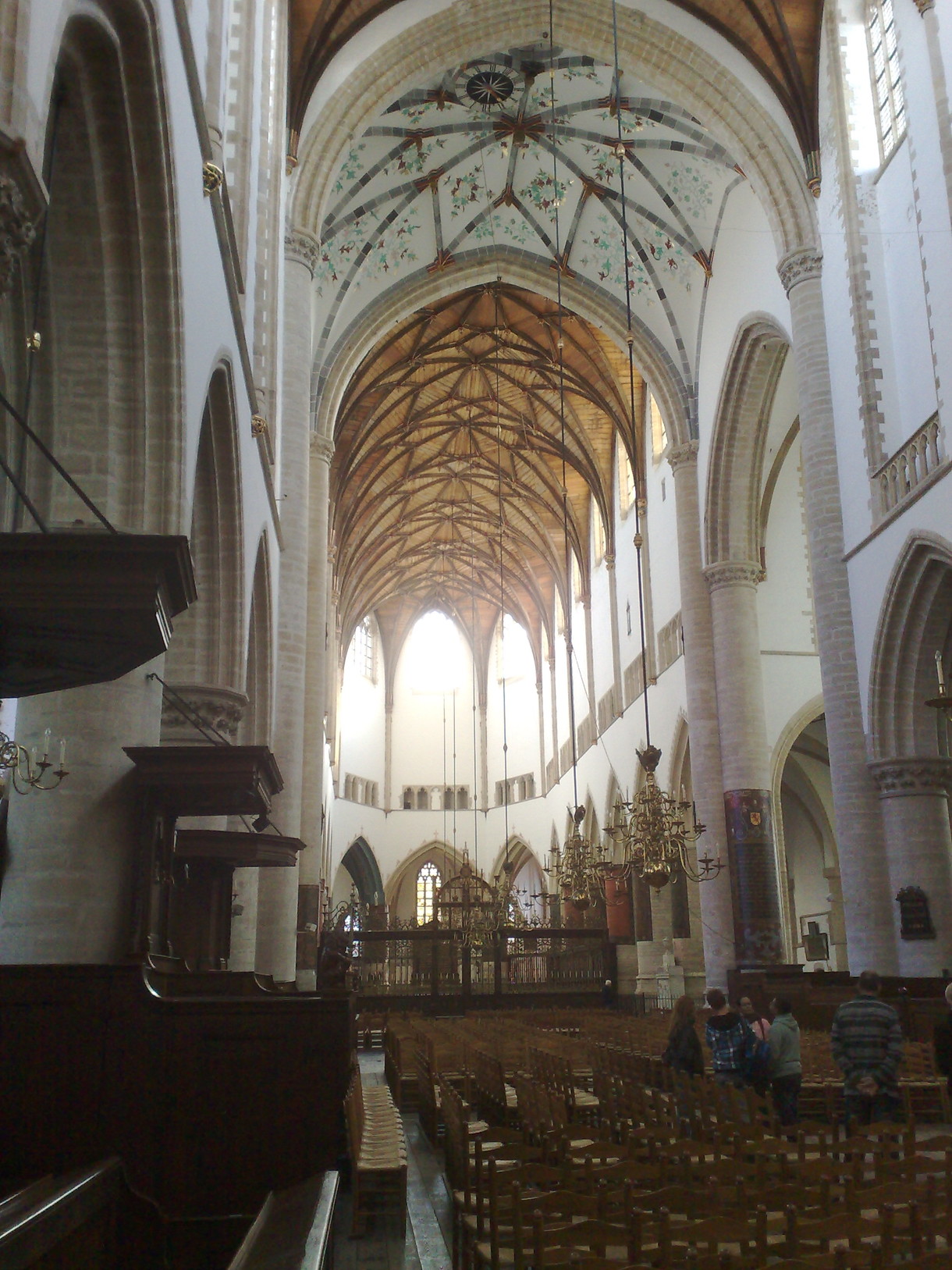 I visited the cathedral of St Bavo in Haarlem this week.