This plate, is one of 85 from Guercino's drawings. Bartolozzi travelled to England where this was one of his earliest commissions. The Assassins is from the biblical story described in Samuel 2, Chapter 13. Two men, shown in contemporary 18th century dress, attack Amnon, the elder son of Kind David,as he sits at a table. During his time in England Batolozzi produced more than 2000 prints, and after his release from his contract with the King he was made a foundation member of the Royal Academy. Bartolozzi’s printing techniques, which were very innovative, added considerably to his fame. He was one of the first to use stippled marks, made with either a hammer or a punch, to create areas of tone. Bartolozzi also gained considerable acclaim for his reproductions of the works of Angelica Kauffman, Sir Joshua Reynolds and many others. Along with these he engraved prints from his own designs and was able to maintain, for some time, a very fine lifestyle. 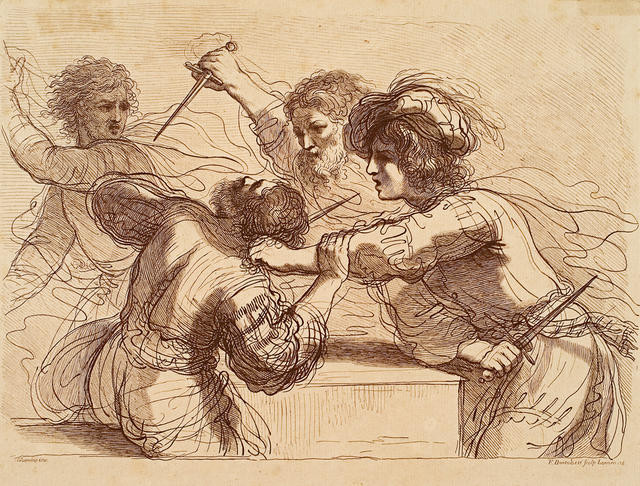