In 1907, Margaret Stoddart returned to New Zealand after almost ten years studying and working as an artist in England and Europe. Her mature style embraced an impressionist stance, and her interest in light, gardens and flowers was superbly conveyed through her favoured medium of watercolours, at which she excelled. Te Waipapa / Diamond Harbour lies on the southern shore of Lyttelton Harbour and was named after the way the sunlight sparkles off the water by the artist’s father Mark Stoddart, one of the first European settlers in the region. Depicting the original Stoddart family cottage and garden, Old Homestead, Diamond Harbour was painted at the time the Stoddart family sold their property and moved in to Christchurch. 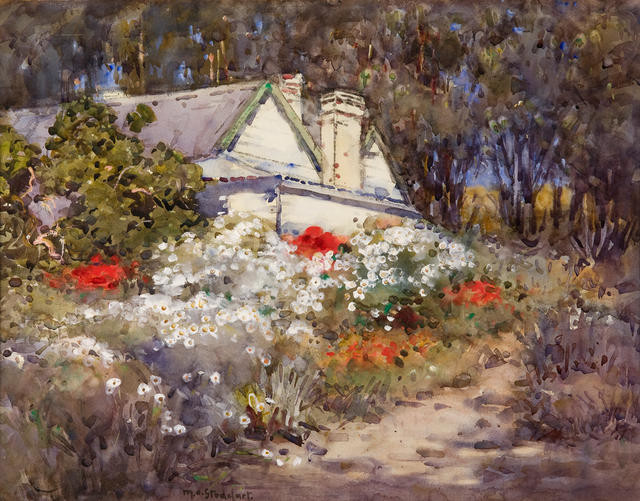