Completed in 1710, St Paul’s Cathedral continues to be one of London’s landmark buildings. It was designed by Sir Christopher Wren to replace the original cathedral destroyed in the Great Fire of London of 1666. Cecil Kelly and his artist wife, Elizabeth (1877 - 1946), spent a year in Britain in 1921 and had a studio in Holland Street, Kensington. St Paul’s Cathedral is a studio work painted from sketches Kelly would have made at St. Paul’s. Born in Canterbury, Kelly studied at the Canterbury College School of Art and twice won the School’s medal for painting from life. He began exhibiting at the New Zealand Academy of Fine Art, Wellington, in 1902 and became a working member of the Canterbury Society of Arts in 1904. Kelly was appointed to the staff of Canterbury College School of Art in 1907 and taught there until his retirement in 1944. Kelly exhibited at the Royal Academy, the Royal Scottish Academy, the Royal Society of British Artists and the Paris Salon. 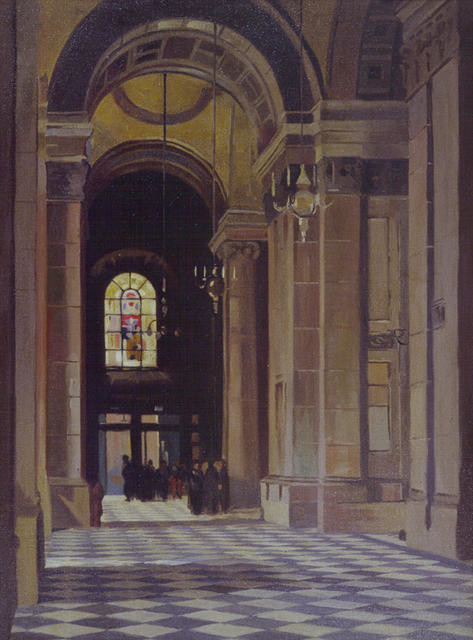