This fine lithograph is the earliest known Pākehā image of anywhere in the Waitaha / Canterbury region. Louis Le Breton was the artist on Durmont D’Urville’s voyages of exploration throughout the Pacific, North America and Antarctica between 1837 and 1840. D’Urville’s two ships, the Astrolabe and the Zélée, both seen here alongside two whaling ships, visited Akaroa in April 1840 when Le Breton made a study for this lithograph. It was a significant time for the region: a month later, at nearby Ōnuku, local rangatira (chiefs) Iwikau and Hone Tikao signed the Treaty of Waitangi, New Zealand’s founding document, followed by the arrival of French and German settlers on the ship Comte de Paris in August. 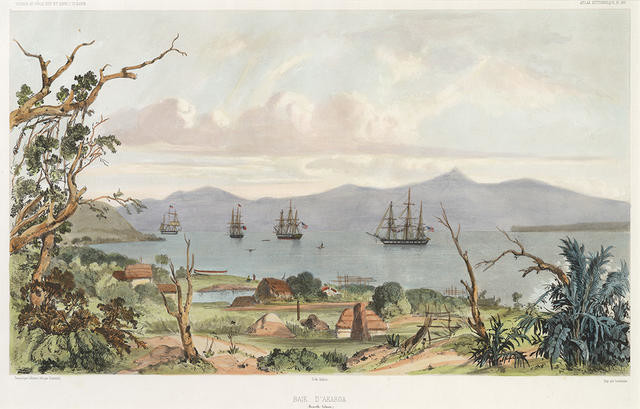