Akaroa Harbour was one of Archibald Nicoll’s favourite locations to paint. He frequently travelled to the Hilltop and beyond to Akaroa with his wife and son to combine holidays with sketching opportunities. This plein air study is of the Bruce Hotel, which was one of the earliest hotels in Canterbury.

Although better known for his skill as an oil painter, Nicoll was also an accomplished watercolourist and enjoyed working with the medium outdoors directly before the landscape. 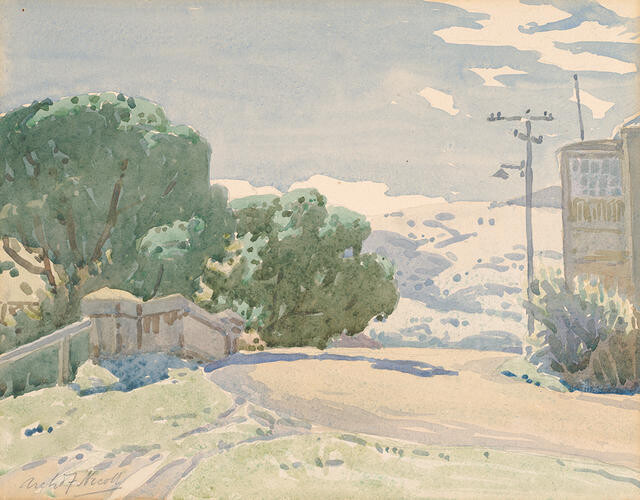