Oinako is the Māori name for the site occupied by the Duvauchelle hotel. Duvauchelle derived its current name from the original European settlers in the area, Jules and Louis Duvauchelle who took up land there in 1843. The Hotel in Angus’ watercolour was known as the Somerset hotel. Designed in 1882 by the Christchurch architect Thomas Cane it replaced the previous hotel which was suspected of being burnt down by a prohibitionist. The same prohibitionist is also suspected of attacking four other hotels on Banks Peninsula at the time.

Rita Angus lived in Christchurch throughout much of her career and painted in Akaroa Harbour on several occasions. In 1933 she travelled to Duvauchelle with her husband, the artist Alfred Cook. 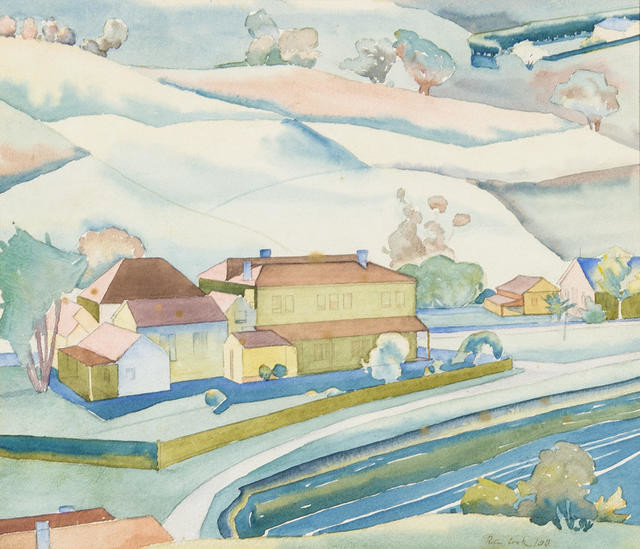 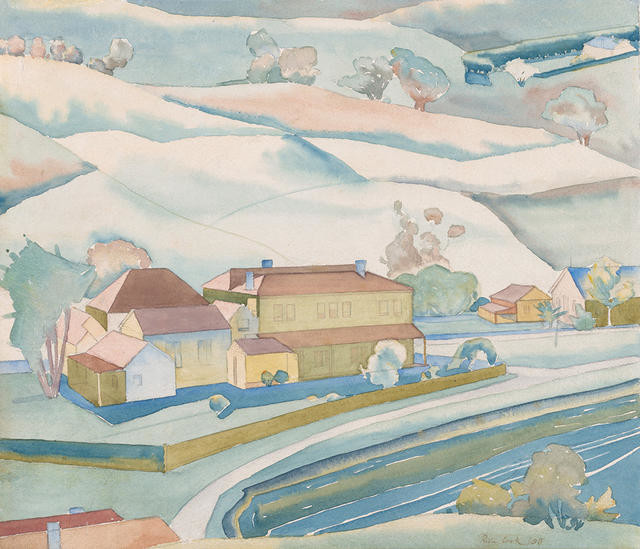