Although Raymond McIntyre worked primarily as a painter, printmaking also formed an important element of his oeuvre. This lithograph is an early example of McIntyre’s printmaking and anticipates a number of his later paintings of the 1910s in which he depicted London street scenes from a high viewpoint. The scene represented here is possibly the view down onto Christchurch’s Cathedral Square where the artist had a studio at the time.

In this print the possibilities lithography offered McIntyre become obvious. The nature of the medium lends itself to a spontaneous approach, and McIntyre has taken full advantage of this.

Born in Christchurch, McIntyre was awarded a bronze medal for a life study when he was a student at the School of Art. He also studied as a private pupil under Petrus van der Velden (1837–1913). McIntyre arrived in London in 1909 and studied at the London City Council Central School of Arts and Crafts. In 1911 he began a long association exhibiting with the Goupil Gallery, then the leading international contemporary art gallery in London. McIntyre died suddenly at the age of 54. 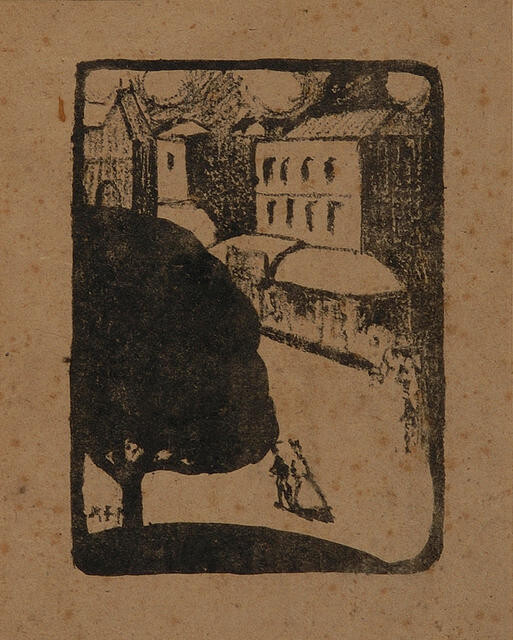