Frank Gross completed several works based on hydroelectric power stations around 1957. Here, the natural flow and form of the river Clutha has been blocked by the Roxburgh dam and re-routed through a maze of in-flow pipes leading to the turbine house. Gross has rendered the hills in the distance with the same formal geometric treatment as the power station

Gross was born in Vienna where he studied fashion design. He also studied in Paris and London prior to moving to Dunedin in 1934 to work for the Dunedin Fur Company. He took art lessons from Russell Clark at the Dunedin School of Art before settling in Christchurch in 1954. Gross became a member of the influential art association The Group and was a regular contributor to their annual exhibitions between 1954 and his death in 1963. 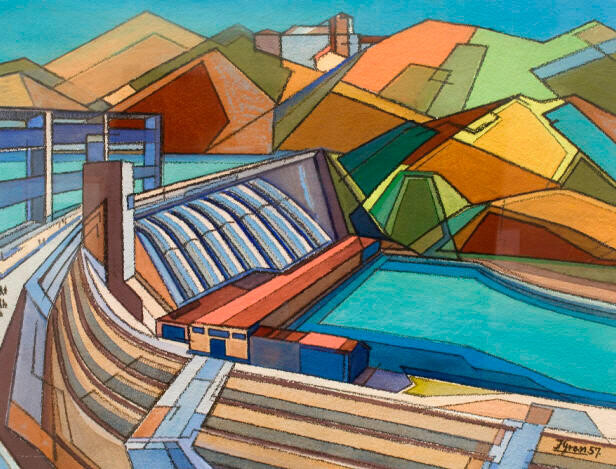 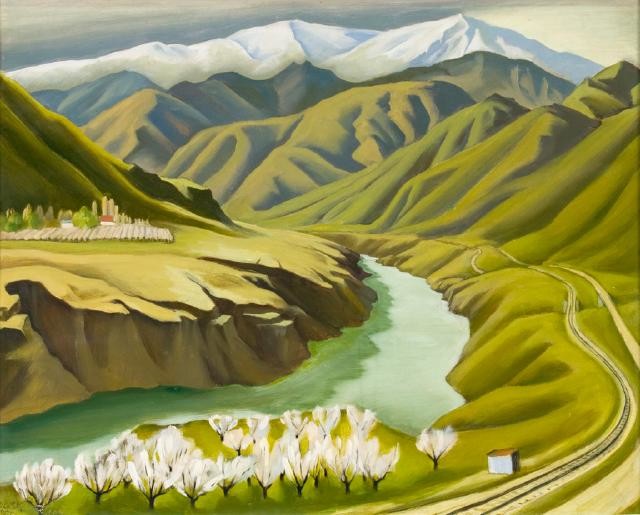 Making the trip between Queenstown and Alexandra recently I was struck, as always, by the sight of the massive Clyde Dam.