Rita Angus was born in the Hawke’s Bay town of Hastings and returned to the region regularly throughout her career. In this watercolour she has painted the bare, blue-grey headland known as Cape Kidnappers, which lies at the southern end of Hawke Bay.

Angus moved from Christchurch to Wellington in 1955, and the following year spent time sketching in the Hawke’s Bay area. The landscape continued to attract Angus until her final years and provided inspiration for some of her major late paintings of the 1960s.

Angus studied at the Canterbury College School of Art from 1927 until 1933. In 1930 she married Canterbury artist Alfred Cook and, although they separated in 1934, she signed her work ‘Rita Cook’ until 1941. She lived and worked in Christchurch until 1955 when she moved to Wellington. In 1958 Angus was awarded an Association of New Zealand Art Societies Fellowship which allowed her to visit England and Europe. 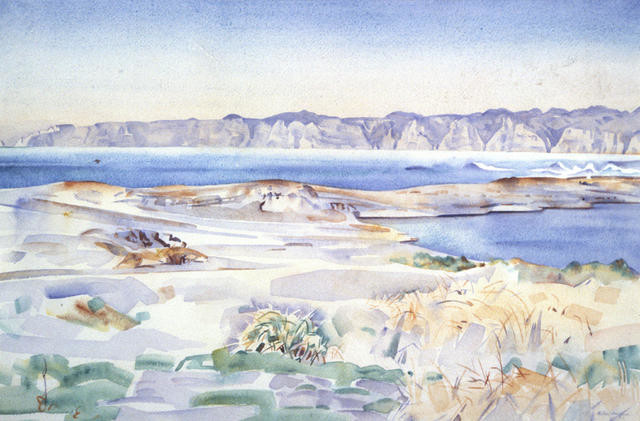