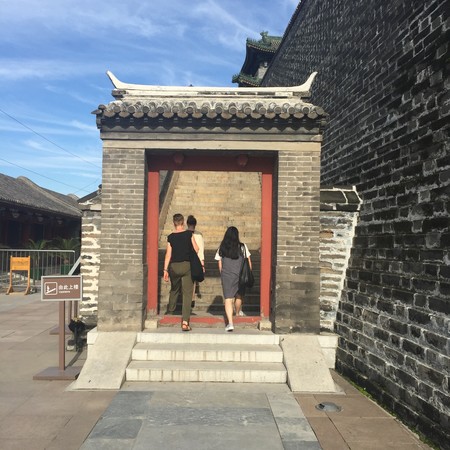 Two hours after getting off the plane we were in the basement of an apartment block in Shanghai, being shown the treasures of the Propaganda Poster Art Centre by its director, Yang Pei Ming. It’s a private museum of the propaganda posters produced by the Chinese state between 1949 and 1979. Mr Yang thinks of them not only as cultural heritage but also as works of art. Once common all over China, many were destroyed at moments of political change, as their distinctive aesthetics were associated with particular regimes. Mr Yang, however, is determined that they should not be forgotten; at a time of rapid change in Chinese society, they provide a tangible link to the recent past.

The problem of how to connect the contemporary to the recent past is something preoccupying many artists and curators we met in China. Much of the new Chinese art of the 1980s and 1990s was bought by offshore collectors and wasn’t shown in China. And Chinese art history teaching, we were told, stops in the early 1980s. So there’s a historical context for understanding the contemporary which is not immediately available to locals. Organisations like the newly-opened Yuz Museum in Shanghai and the established Ullens Center for Contemporary Art in Beijing were founded around private offshore collections of 1980s and 1990s Chinese art; although they commission major contemporary art projects, the collections provide a context for understanding the rapidly moving present.

I realised quickly that my own conception of China was about twenty years out of date. Chinese culture, I saw, was accelerating at lightning speed. On the fast train between Shanghai and Beijing, we passed hundreds of tall apartment blocks in new towns and villages alongside the railway line, variously almost finished or newly finished or half finished. A year ago there would have been nothing but farmland on the same spot. And new highways were signalled by vast disembodied legs of concrete waiting to be articulated by an as-yet-unbuilt elevated road. 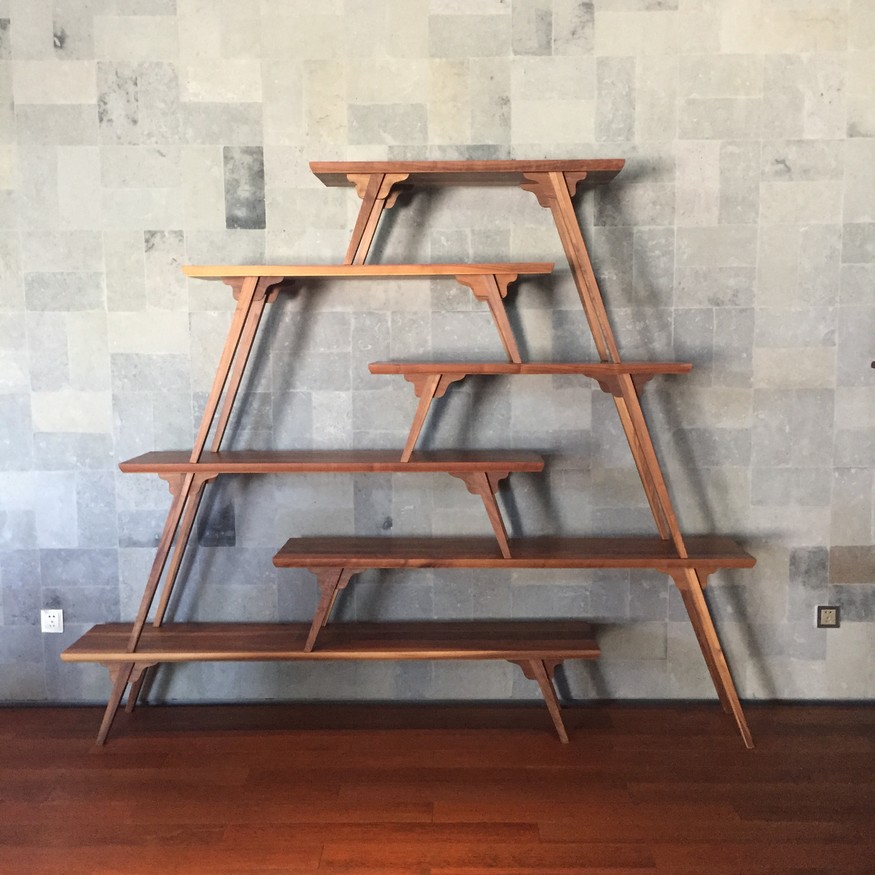 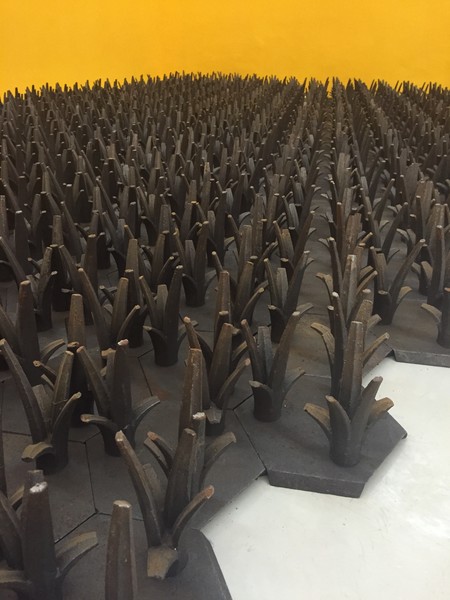 Installation view of Ai Weiwei exhibition, one of four simultaneous exhibitions running in the 798 district of Beijing in August 2015. Photo: Lara Strongman

The same sense of urgency and drive is present in the Chinese contemporary art scene, where constellations of energy are constantly forming themselves around new locations. ‘Things happen here in the blink of an eye,’ said Arthur Solway, one of the first western art dealers in Shanghai, who opened the James Cohan Gallery in 2008, ‘or they take 5000 years.’ Most of the people we spoke to had been in their positions for less than two years; Li Qi told us that Shanghai's Rockbund Art Museum, where he is curator, has a five year history of exhibitions. At Beijing's Institute for Provocation, Peng Zuqiang told us about various initiatives to make a map of contemporary art spaces in the city—an impossible task, as new ventures are opening and closing all the time and directly a guide is printed, it's out of date.

Wang Mai is a Beijing-based artist whose work is concerned with revaluating the recent past. On a studio visit, we saw recent works in mixed media that refer to science fiction and petrochemical companies. He spoke about the difference between the future that was projected in his childhood and the present he inhabits. ‘The future,’ he said through our translator Sophie McKinnon, ‘is not like what was predicted but is a direct result of the forces making those predictions.’ He comes from the remote forested Heilonjiang province where the traditional dress is wolf skin in winter, and was one of the generation of Chinese artists who worked in the 798 district of Beijing in the early 2000s, transforming the 1950s East German-built factories into studios. (The district is now filled with high-end dealer galleries—including four simultaneous exhibitions by Ai Weiwei, when we visit.) When Wang Mai talks about his 798 experience, it seems like a lifetime ago. I recognise a character in one of his figurative works, and through our guide, ask him about it. It is indeed Monkey, the character from the baffling late 1970s martial arts serial that screened on New Zealand TV, which is known as Journey to the West in China. We stand around in his studio saying ‘Aha, Monkey! Arrgh, Pigsy! Hwah hwah!’ and burst out laughing. 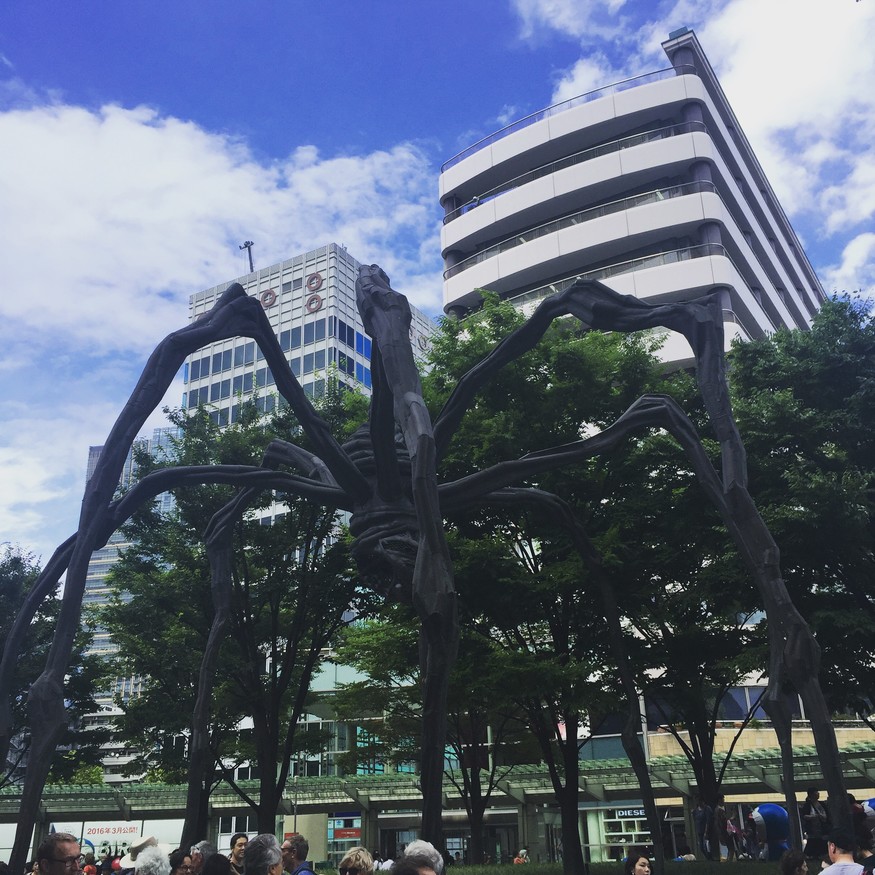 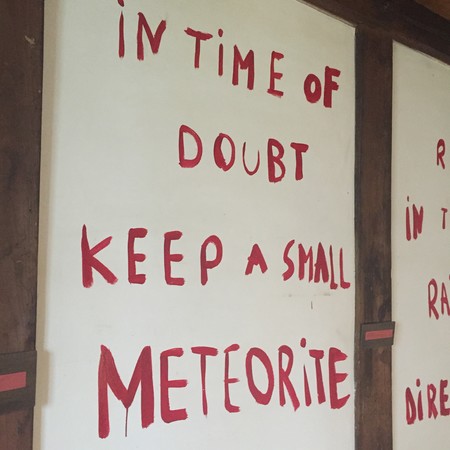 The time we spent in Japan was considerably quieter. Likewise, though, recent political histories dominated our encounters with contemporary work. In Tokyo at the Mori Art Museum, we saw a major exhibition by Vietnamese-American artist Dinh Q. Lê, curated by Hou Hanru, dealing with issues of personal memory and public trauma forty years after the end of the Vietnam War. We met artist Futoshi Miyagi of the XYZ Collective and discussed his work American Boyfriend, an ongoing examination of suppressed histories on Okinawa island where he grew up. And I was moved by video works by Akira Takayama and Meiro Koizumi screening at the private Hermes gallery, dealing with the aftermath of the Fukushima disaster and with problems in articulating past trauma.

From Tokyo we took four separate trains to the Echigo-Tsumari Art Field in the Niigata prefecture. Echigo-Tsumari is a remote mountainous area northwest of Tokyo, where the snow lies in drifts three metres deep in winter, and the houses are built with enormous foundations and external doors opening out from the second storey so that residents can step out into packed snow. Traditionally the home of internal Japanese exiles, it's a hard place to live because of the climate, and has suffered from rapid depopulation in recent decades. Every three years, new temporary and permanent works are added to a collection of public art spread across an area of more than 700 square kilometres. Works pop up in rice paddies, and are installed in abandoned schools and houses. It takes two weeks to see everything; we were there for a few days, and viewed extraordinary works including James Turrell's House of Light, Marina Abramović's Dream House, and Christian Boltanski's The Last Class.

I was interested to think about Echigo-Tsumari Triennale's mission to regenerate the region through art in relation to the post-quake situation in Christchurch. Their problem is lack of people, but the consequent opportunity is surplus buildings. Our problem is lack of buildings, but our opportunity is open space. The clear success of cultural tourism at Echigo-Tsumari—and the Japanese government's major investment in the Triennale—point towards interesting possibilities for Christchurch. 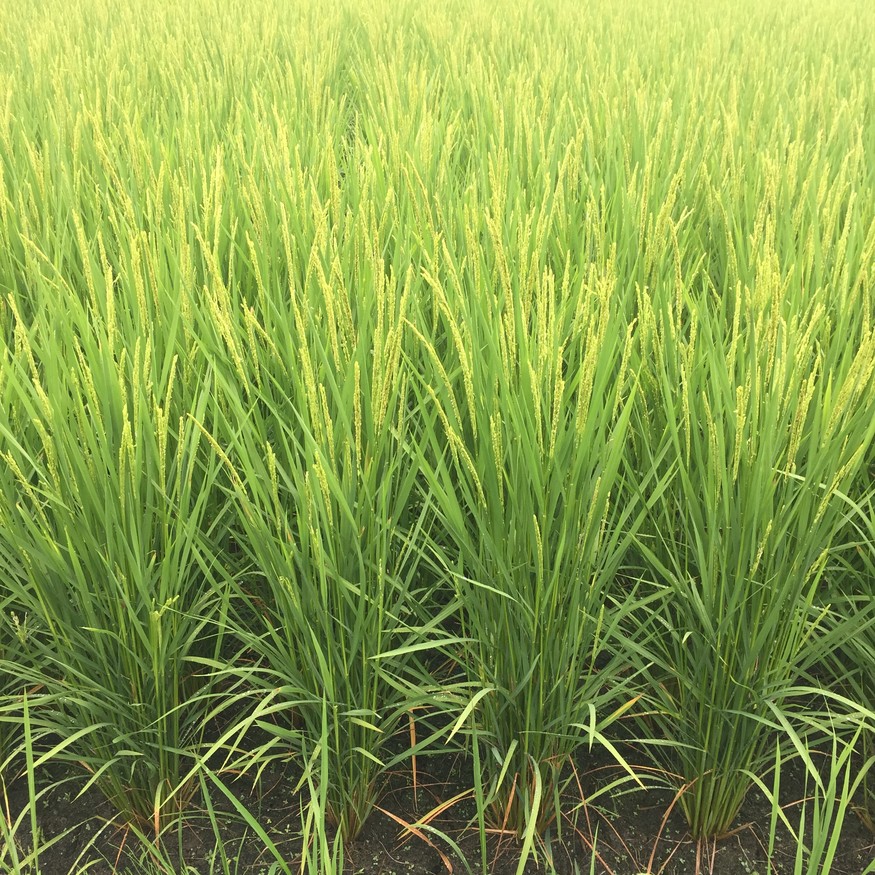