In bringing these usually hidden zones to light, Pardington has documented the expansive back-of-house storage spaces, usually off-limits to the public, belonging to a diverse set of archives, galleries and museums. The scenes within are presented at a large scale: sharply focused, formally cohesive, meticulously composed. At first reading, their spacious format, impartial fluorescent lighting and highly readable detail presents Pardington as an objective viewer, but it quickly transpires that the word ‘loaded' is apt for both theme and series. It is the vaulted status of the rooms filled with specimens, paintings or Pacific and Māori ancestral treasures that provides much of The Vault's magnetic charge.

The large scale of the photographs from The Vault is one place to begin in considering the images as more than documentary, with the evidently high degree of aesthetic deliberation in their making providing another aspect for consideration. The visual intensity of the grouped collection of collections and the residual series of afterimages also offer keys to the accomplishment of Pardington's art. A rich anthology of visual data has been harvested, and his images are generous in poetic nuance, regularly carrying a lavish collage aesthetic and sometimes conveying rude and jarring facts. These storage spaces, it appears, are where taxidermied beasts are sent to pasture; portrait sitters wait to be remembered; or skeletons and mannequins stand at awkward rest. Immaculately mounted and brought together on the gallery walls, these photographic images transform waylaid specimens and treasures into strange art. There are unanticipated details to be found, interpretations to be read, and an expansive story that builds as each scene is encountered 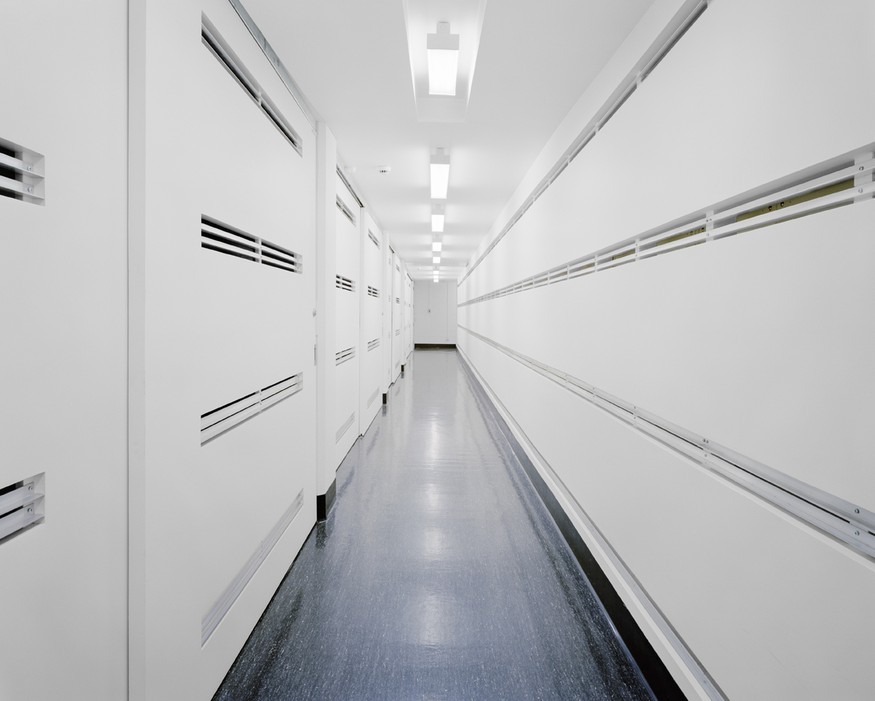 We are each of us an assemblage of received and stored histories, experiences and ideas. If there is truth in the idea that the works of an artist are the filtered manifestation of their psychological workings or inner life, then Pardington's The Vault is a particularly anthropomorphic realisation. The Vault may be like a museum of museums, but it is also a metaphor for the idea of memory (both individual and collective) through its potential to retrieve and recall that which has been collected. The quantity of stored material may seem incomprehensibly vast, but it is theoretically possible that even the most obsolete-seeming components might eventually have their day. While The Vault seems an invitation to question or challenge this particular notion, from viewing the series it is not possible to know whether Pardington refutes or embraces this idea. However, the suggestion that our institutions are firmly wedded to obsessive patterns of collecting (an off shoot of the inherited cultural convictions and values upon which they have been philosophically based) does arise through the assembled works.

Pardington's own cultural background and history – which includes extensive experience working back-of-house in museums – are further strands to consider. Born in 1962 in Devonport, Auckland, he is of Scottish and South Island Māori (Kāi Tahu, Kāti Mamoe and Kāti Waewae) descent. In many ways he is well-positioned to create a platform for discussion around the function of museums and the implications of cultural guardianship and collecting patterns. A 1984 BFA graduate in intermedia from Elam School of Fine Arts, University of Auckland, Pardington is
clearly motivated by art-making rather than anything more trenchantly political. Having exhibited regularly since his graduation, he has also had work purchased by major public collections (three of these institutions-Museum of New Zealand Te Papa Tongarewa, Christchurch Art Gallery Te Puna o Waiwhetū and the Hocken Collections Uare Taoka o H?kena-have also been photographed for The Vault). Pardington's association with museums began shortly after graduating from Elam, through his employment as designer/photographer at the Sarjeant Gallery Te Whare o Rehau, Whanganui, which is where he became more deeply involved with large-format photography and seriously entered the arena of graphic design (another field in which he is highly regarded). Also significant from this time is his sharing of a darkroom with Laurence Aberhart (then artist in residence at Tylee Cottage), who is acknowledged by Pardington as an important influence.

Pardington continued his association with museums in 1987 when he became exhibition designer at the National Art Gallery in Wellington – a post he left in 1989 to establish his own design business and develop his photography.
Other elements that informed Pardington's practice include colour photography by American artists such as Joel Sternfield and Stephen Shore, and the 1920s Neue Sachlichkeit (New Objectivity) photography of Albert Renger-Patzsch. More directly related to Pardington's recent work is the architectural photography of Dusseldorfbased collaborators Bernd and Hilla Becher, and of their students Andreas Gursky, Candida Hofer and Thomas Ruff . Like Pardington, these photographers have left their mark by committing themselves to a highly restrained path in terms of subject matter and – with the latter three – by producing large-scale colour works intended for a broader artworld reception, rather than a purely photographic enclave.

Pardington's commitment to the use of defined themes is reflected also through his production of works in series, with seven of these completed in the past decade. His most recent, The Clinic (2003–5), Rehutai (2005) and The Vault (2004–8), focus on hidden spaces that are inaccessible to the public-from postmortem rooms and operating theatres to the vast array of collection spaces in museums. While these groups of works might appear at first to have been created with an emotionless, objective eye, it soon becomes evident that the territories traversed by Pardington are highly charged and aligned to subjects that provoke a strong response. The Vault is the first major project to bring Pardington's photographs to broad public attention, and its opening at Christchurch Art Gallery is both an affirmation of his achievement and a timely event as the Gallery prepares to release from storage many hidden treasures for the new collection hang. 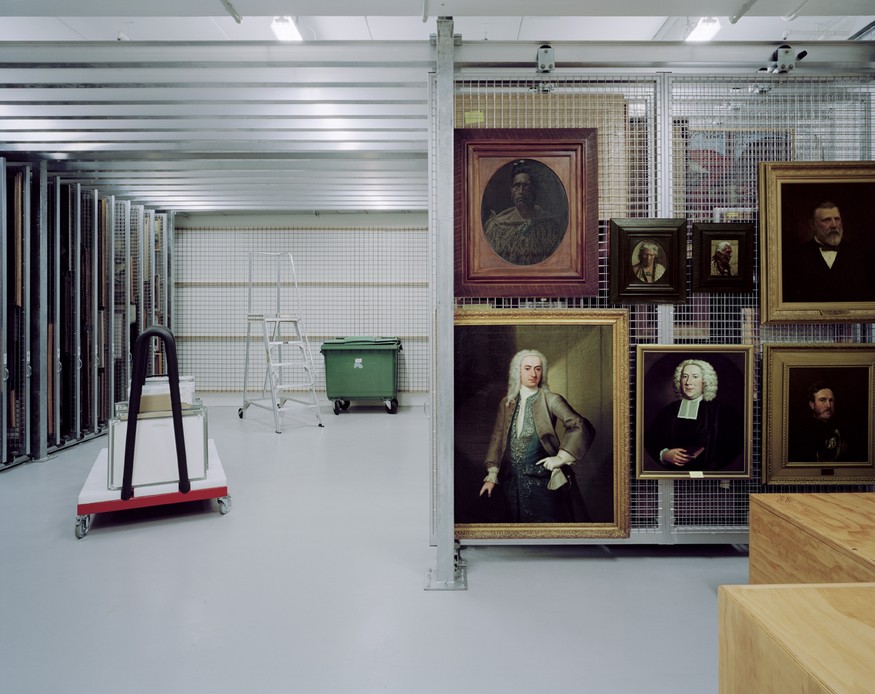 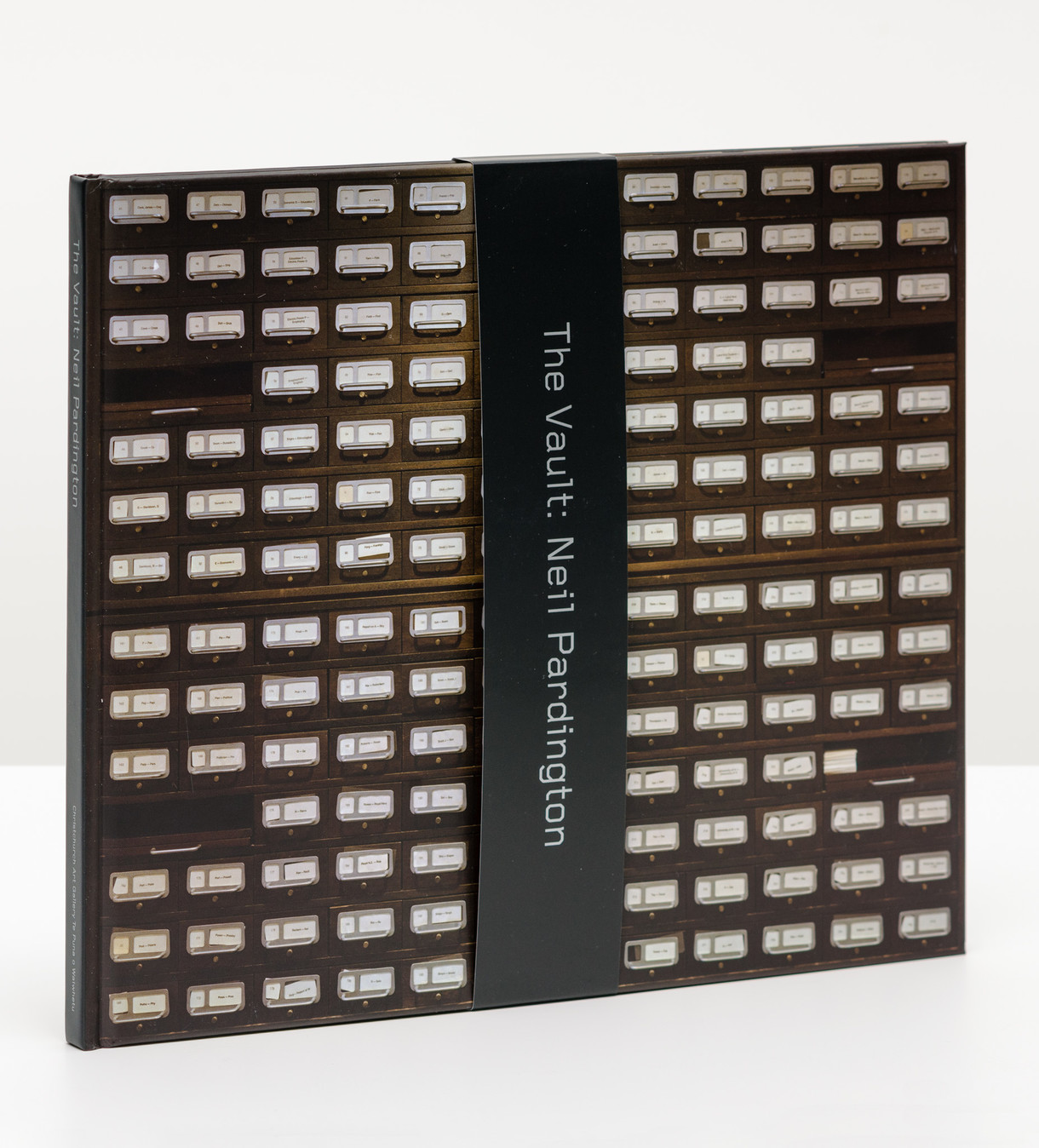