This article first appeared as 'Sweet portrait belies tough protestor's tragic tale' in The Press on 24 May 2016. 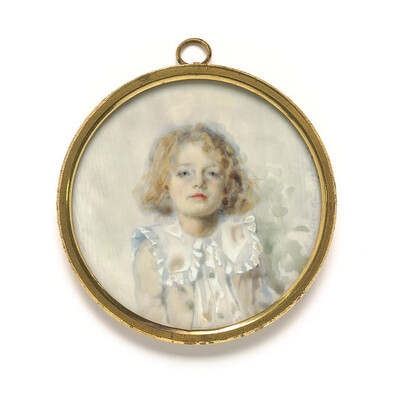 This miniature painting, just 7 centimetres across, came to New Zealand in 1906. It was displayed in the British art section of the New Zealand International Exhibition and was among the works that the Canterbury Society of Arts purchased from that show for the city. The CSA minutes of 7 December 1906 record that eight guineas were set aside for this purchase. Historical value comparisons are notoriously tricky, but we might estimate that to be worth about $500 today. 'In the Wizard's Garden', a large oil painting, cost £200.

The subject matter is sweet-toothed by today's standards but it is expertly painted in oil on ivory  and any idea that the artist may have matched the stereotype of the shrinking female Victorian painter  of domestic miniatures can be soundly rejected.

Evelyn Cotton Haig was born in 1863 in Edinburgh, the daughter of a barrister and was one of three sisters. She studied art in Paris and exhibited at the Paris Salon and the Royal Academy. She and her sisters Cecilia and Florence were founding members of the Edinburgh branch of the Women's Social and Political Union.

All three were in other words active suffragettes. The eldest, Cecilia, was trampled and injured in a women's suffrage protest in Parliament Square in November 1910. Her death a year later was as a result of the injuries received that day. All three sisters were arrested at this protest by policemen described as 'the roughest, most bloated-looking people' ever seen. This description comes from Anna Stout, wife of New Zealand's Chief Justice Sir Robert Stout and herself an advocate of women's suffrage, who was in London at the time and witnessed the messy scene.

Evelyn, the artist, was hauled before the magistrates at Bow Street court and released. She made a second appearance there in January 1913, again following a protest outside parliament, but this time she was convicted of obstruction and sent to Holloway Prison for a month. The third sister, Florence, a leading suffragette, spent three months in prison in 1908, and four months in 1913, this time for smashing the windows of D H Evans department store in Oxford Street. She was a pall-bearer at Emily Pankhurst's funeral in 1928.

It is possible that our work was exhibited at the Society of Miniature Painters in 1900, where Evelyn Haig's depictions of heads were described by 'The Times' as 'very charming…with great freedom.' An unnamed Auckland Star reviewer thought 'Innocence' was '…simple…and very beautiful…with a broadness of treatment which is refreshing.' Christchurch exhibition organizer Alfred Longden said 'There is an especially good show of miniatures - one of the  best ever sent out of Britain. Personally I consider it to be the best'.

There is one other telling mention of Evelyn Haig in 'The Times': in 1938 she donated £5 to Lord Baldwin's Refugee Fund. Amongst the donations listed on the same page is one of £300 from Otto Frankel, scientist and husband of Christchurch artist and 'Pleasure Garden' activist Margaret Frankel. Everything, it seems, is linked to everything. 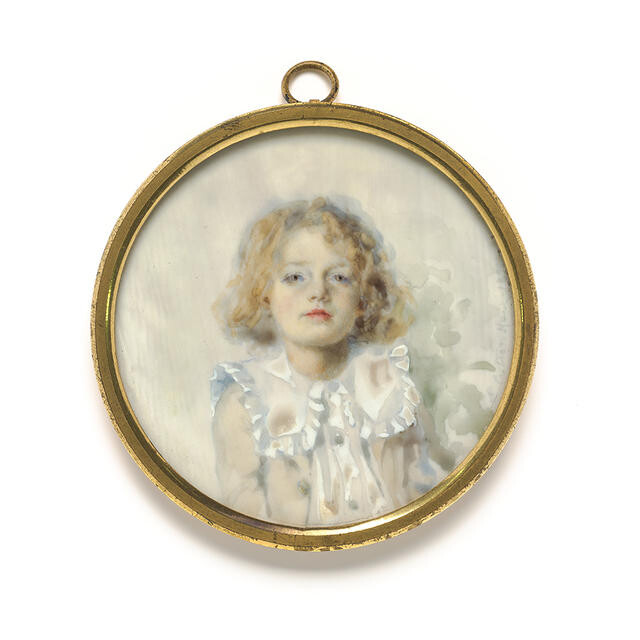 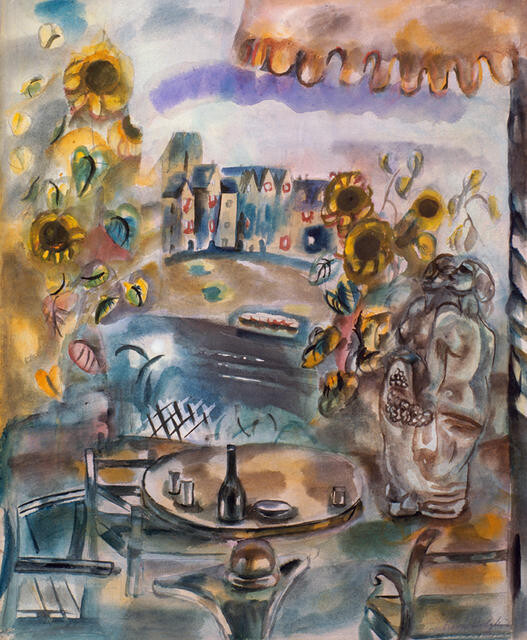