"A man's power is in the half-light, in the half-seen movements of his hand and the unguessed-at expression of his face. It is the absence of facts that frightens people: the gap you open, into which they pour their fears, fantasies, desires." 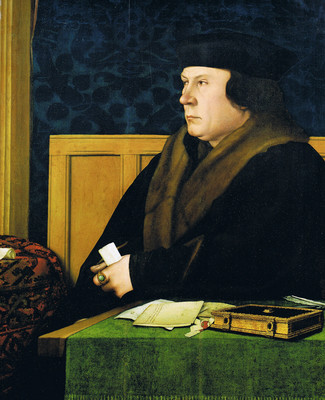 I've just finished reading Bring Up the Bodies, Hilary Mantel's sequel to her Man Booker Prize-winning Wolf Hall. Both novels chart the rise and fall of Thomas Cromwell, the powerful minister in the court of King Henry VIII.  As Janet Maslin observed in a New York Times review, though many readers will be familiar with the broad historical details of the period Mantel covers, it is her great skill as a writer that makes them "fresh and terrifying all over again."

At several points in both novels, Mantel makes reference to a famous painting of Thomas Cromwell - this painting by Hans Holbein that is held in the Frick Collection in New York, where it is hung on the opposite site of a fireplace from Holbein's portrait of Cromwell's great adversary Thomas More, a juxtaposition that is considered in a 2009 New Yorker piece.

In a piece written for The Telegraph, Mantel writes about the Holbein portrait, which she describes as "not a friendly one".

Holbein would soon paint The Ambassadors, rich and splendid and symbol-laden, one of the icons of Western art. There are no metaphors in his Cromwell picture. There is no echo of his portrait of Thomas More: none of that swift intelligence, intensity, engagement with the viewer. What you see is what you get. Cromwell looks like a man hard to reach and hard to impress. He does not invite you to conversation. His posture is attentive, though, as if he might be listening to someone or something beyond the frame.

Of course, a Tudor statesman who commissioned his portrait didn't want to look bonny. He wanted to look powerful; he was the hand, the arm, of the state. Even so, when (in my novel Wolf Hall) the portrait is unveiled, Cromwell himself is taken aback. "I look like a murderer," he exclaims. His son Gregory says, "Didn't you know?" 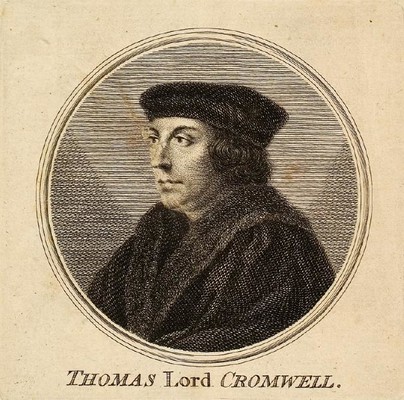 Here at CAG, we have our own image of Cromwell, an as-yet unattributed engraving. It's fair to say Cromwell perhaps got off a little more lightly in this one. 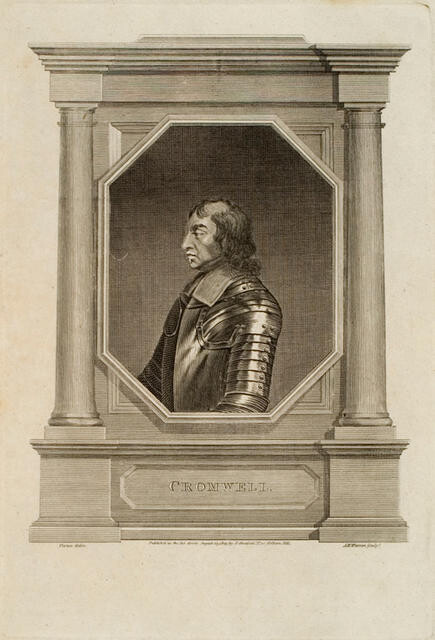 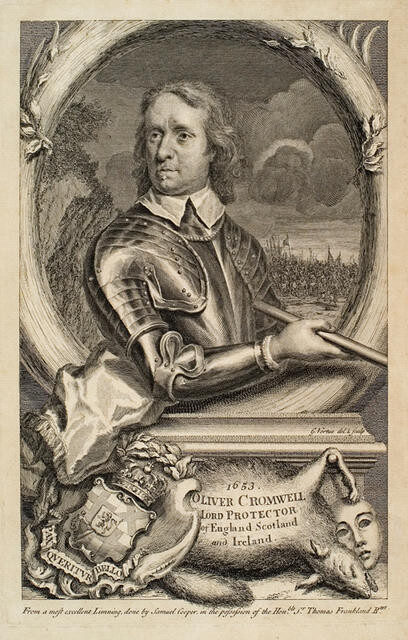 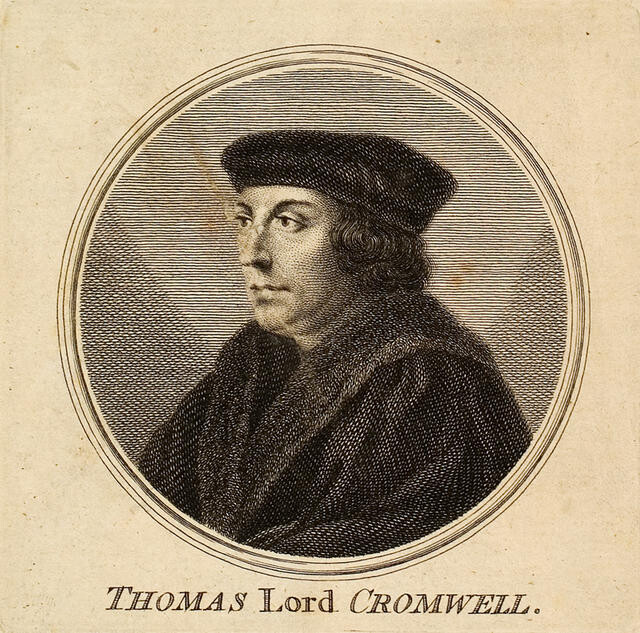 The ultimate source of this print is the portrait of Cromwell by Hans Holbein (1497-1543) in the Frick Collection, New York. There are many copies of this portrait, for example in the National Portrait Gallery, London, and many subsequent prints.