A carefully drawn plan on a sheet of paper: it's interesting to reflect that most cities didn't exist in this form before a single street had been formed, or hardly a building raised. 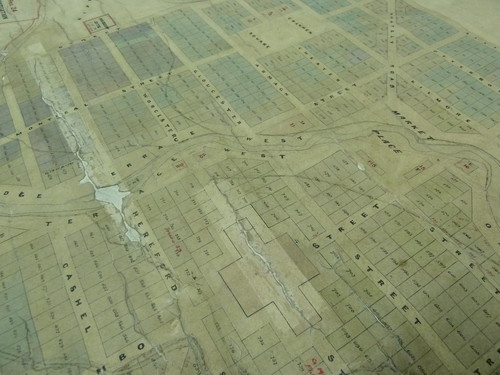 There's something different about a planned city. From the moment of its conception, or at least from the time of completion in March 1850 of young Edward Jollie's plan, the drawing remains a recognisable place. 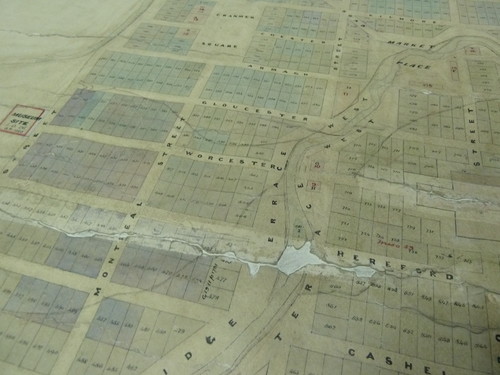 It's not always ideal to be self-referential, but this particular flyover detail shows us something we've been reminded of a bit lately - the old tributary streams and springs over which the city was neatly laid. If you look closely and you'll find Te Puna o Waiwhetū.

The name Te Puna o Waiwhetū, loosely translated as 'water in which stars are reflected', refers to the artesian spring located on the Gallery site and the Waiwhetū stream which flows into the Avon River. - Gina Irish, Art New Zealand 108, 2003

Watch this space: Reconstruction: conversations on a city opening on 23 June between Montreal and Durham Streets.