On Friday 8 June I attended the reopening of the Canterbury Club, just down Worcester Boulevard from us.

The reason I was invited was because we had facilitated the loan from Council of a marble portrait bust of the first chair of Christchurch's Municipal Council, mayor, and a founding member of the Canterbury Club, Sir John Hall, sculpted by Charles Kidson.

Commissioned after Hall's death in 1907, this marble bust had been in the Civic Offices in Tuam Street, but was re-located back into the old Municipal Offices, known in recent times as Our City, when this was opened as a public venue.

Many mayoral portraits are not items the local art gallery necessarily wants to have in their purview, but over the years Christchurch Art Gallery has transferred some works from the civic collection into the public art gallery collection for cataloguing and also, I suspect, safer keeping. Our curator Peter Vangioni had had his eye on this portrait bust for some time and arranged for it to come into the Gallery for our consideration before the February earthquake. It was downstairs in Our City waiting to be picked up on 23 February.

Impossible to retrieve for some time from this damaged heritage building, it was finally brought out under the supervision of Jenny May, an in-demand heritage specialist advisor. Cleaned and prepared for display by local conservator Emily Fryer, it was installed by our technicians in the nick of time on Friday morning.

We'll accession the bust at the end of the loan period, allowing it to be enjoyed by the club and all who visit it in the interim. 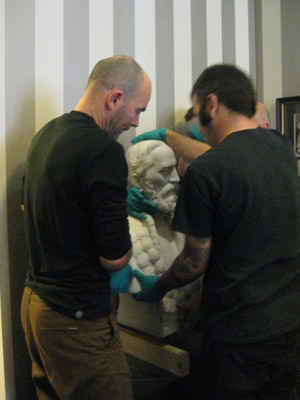 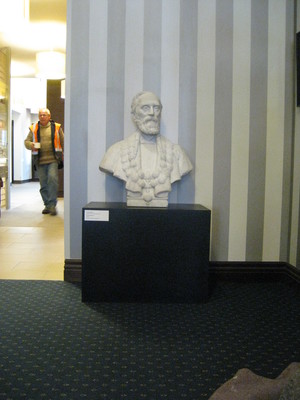 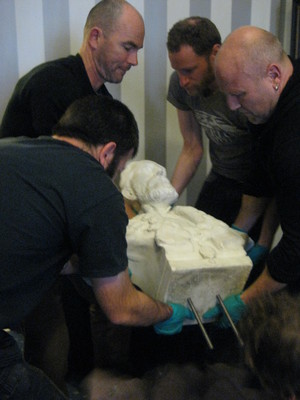