Nothing looks older today than yesterday's robots. Rewind through the history of science fiction and you'll find hundreds of robots to whom time has not been kind – creations that looked newer-than-new when they first emerged but now appear tragically tinny.

But even by the standards of pot-bellied Robbie the Robot or the tinfoil-and-glue Daleks that populate early Doctor Who, there can't be a sadder robot on the planet than the one that appeared in Christchurch Art Gallery during Ronnie van Hout's show Who goes there in 2009. Stiff-limbed, marooned on his back, with human eyes and teeth frozen in a face as flat as a paving stone, Ronnie's robot is hilariously ill-equipped to help out the humans who have invented him.

When visitors encountered Failed Robot, their responses, surprisingly, echoed those people had in the presence of Ron Mueck's Dead Dad. Many said of both sculptures that they wanted to protect them somehow, to move them out from under the spotlights and into some safer, more private space. The main reason, I think, is size – at half the length of an adult human, these are figure sculptures that feel shrunken and terribly vulnerable even when you're very close to them.

Based on all that, you might expect a monster version of Failed Robot to be a little less tragicomic. But that's not the impression I get looking at photos of Ronnie's gargantuan R.U.R. outside the flash new MUMA building in Melbourne. This sculpture may be far bigger and enjoying some fresh air, but that just brings with it the prospect of a further humiliation – being sat on by humans eating their lunch. 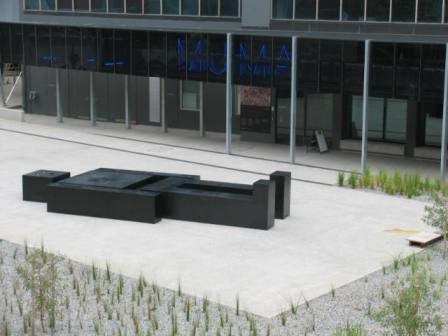 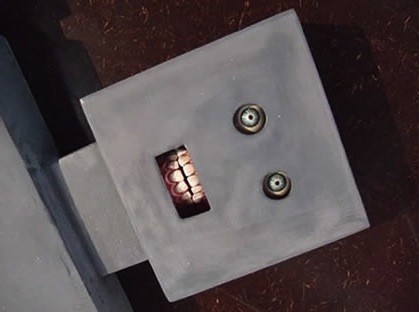 Ronnie van Hout: who goes there

A twisting journey through the world of Ronnie van Hout, encompassing peepholes, failed robots, doll-sized portraits of the artist and something strange and new from Antarctica.