Two Christchurch artists, Sandra Thomson and Michael Reed – together with Daniel Heyman (United States) and Diane Victor (South Africa) – are included in Collateral: Printmaking as social commentary, an exhibition that opened recently at Auckland's Gus Fisher Gallery. Curated by Elizabeth Rankin, Professor of Art History at the University of Auckland, Collateral builds on printmaking's long association with social and political critique, with a special focus on the indirect, innocent and unsung victims of conflict, oppression and injustice. Featuring large-scale screen prints on fabric, etchings, artist's books and engravings, the exhibition runs until 20 August. 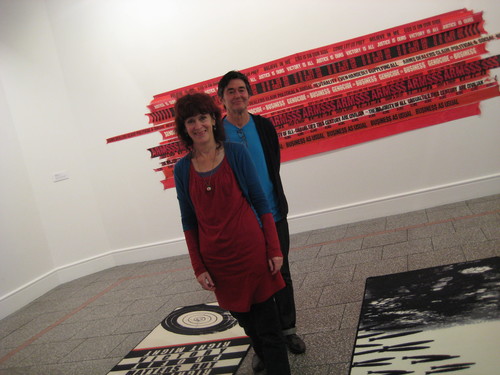 Sandra Thomson and Michael Reed with three of Michael's works from the exhibition. 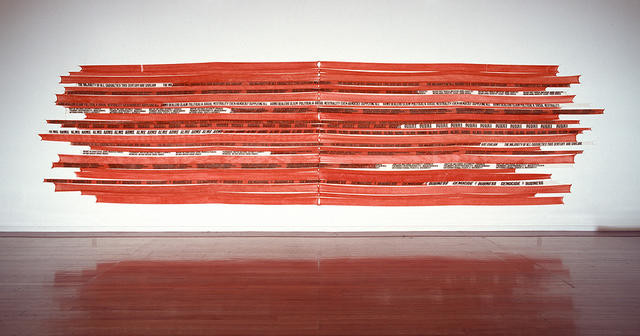 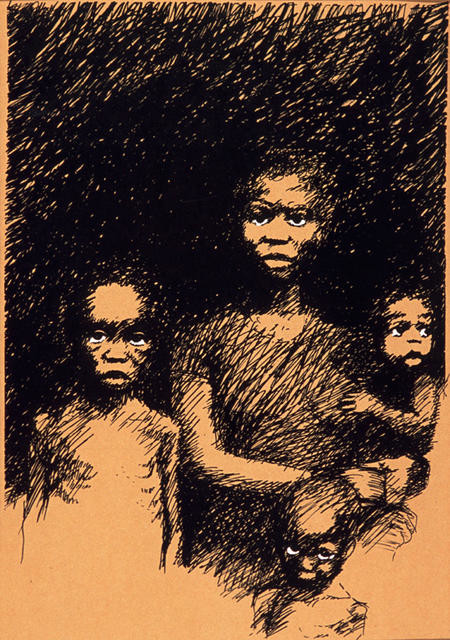 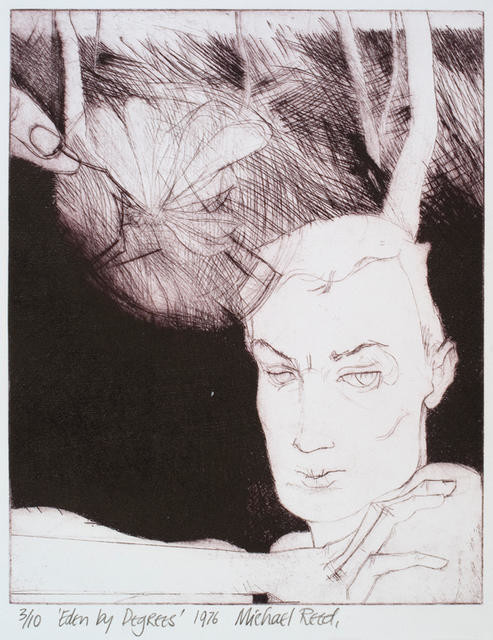 This print is part of a series by Michael Reed relating to civil conflicts and the profitable ‘business’ of warfare. One panel lists the fifty-four global civil conflicts that raged in 1996, another depicts a memorial to the innocent civilian victims caught up in the East Timor conflict.

Reed uses colour symbolically, with black and red representing death and violence, black on white suggesting truth (the first casualty of war) and blue emphasising his feelings of depression at the global situation.

Reed was born in Christchurch and studied at the University of Canterbury. His work is held in public and private collections in New Zealand and he exhibits regularly here and internationally. 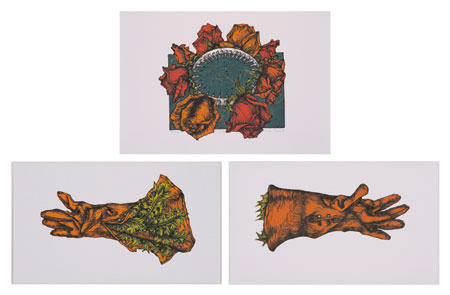 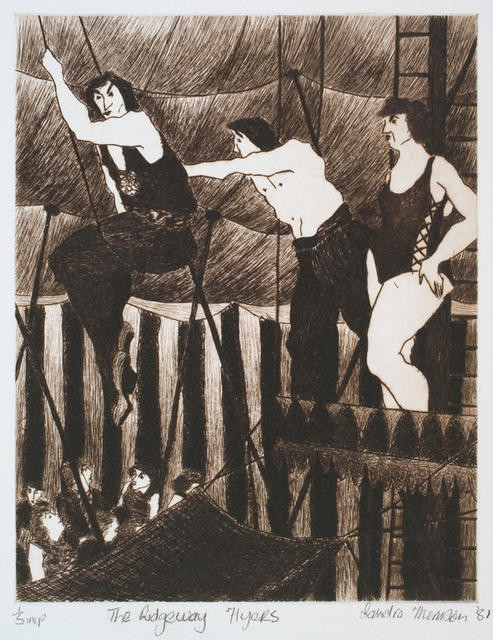