The moon, particularly the full one, has been getting a bit of bad press lately in (questionable) relation to 'recent events' in Christchurch.

So the recent spectacular lunar eclipse was a welcome opportunity to regard our resident satellite planetoid with a sense of wonder rather than trepidation. And all that moon-gazing reminded me of this elegant little assemblage by Neil Dawson from the Gallery's collection. A label for this work describes Dawson as exploring '...the slippage between appearance and reality', which sounds fairly appropriate right about now... 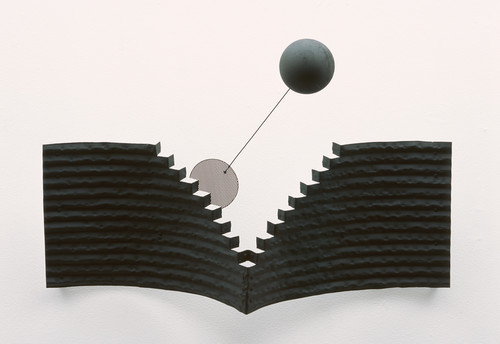 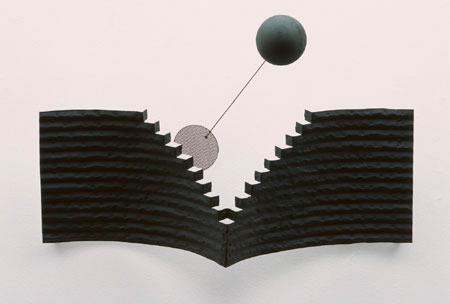 Neil Dawson’s sculptures consistently explore the slippage between appearance and reality. We think we see solid forms but, on closer inspection, they turn out to be an illusion. Moon Illusion conveys Dawson’s fascination with these ideas and playfully challenges our perceptions of space and movement. This wall sculpture suggests the passage of the moon in the night sky, casting its shadow on an architectural form below. The work is reminiscent of the early structures of the Dadaists and Russian Constructivist sculptors Vladimir Tatlin (1885 -1953) and Antoine Pevsner (1886 -1962) in the early 20th century. Dawson is one of New Zealand’s leading contemporary site specific artists. His innovative use of sculptural materials and principles of perspective are evident in this early example of his work. Dawson was born in Christchurch and studied at the University of Canterbury and the National Gallery of Victoria Art School in Melbourne. He has exhibited widely and has several major public installations in New Zealand and internationally.