Each year the College Women's Association of Japan (CWAJ) holds an Open Print Show in which hundreds of artists participate. The exhibition provides an opportunity to explore the diversity and innovation of contemporary printmaking in Japan. The Urban Bonsai is a special selection of prints by 75 CWAJ artists.

In 1985 the CWAJ organised its first travelling exhibition of contemporary Japanese prints. Entitled Symbols of a Society in Transition, the exhibition travelled to America, Canada and England where it was presented to the British Museum. Similarly, this second exhibition will tour Australia and New Zealand and then become part of the permanent collection of the Art Gallery of New South Wales.

The theme of the exhibition was chosen to evince the response of artists to the urban metropolis. As the world approaches the twenty-first century, Tokyo, perhaps more than any other city, typifies our expectations of the technologically sophisticated urban centre vibrant with competing images, dominated by the artificial and the temporary.

The bonsai epitomises a centuries-old Japanese response to the environment: it is a distillation of nature, miniaturised and cultivated to comply with certain aesthetic canons. The urban bonsai serves as a metaphor for the simulated and manipulated imagery that constitutes the visual reality of modern urban culture.

Common to the work of all is an outstanding virtuosity and diversity of technique. Whatever the medium – whether the once ubiquitous woodblock. traditional intaglio methods, or new processes involving photography and computer-generated images – the techniques are exemplary. Related to the mastery of technique is a refined sensitivity to surface, texture and tonal colours. The tonal qualities of greys and blacks are sensuously realised by many of the artists, perhaps as part of the unconscious legacy of an indigenous empathy with the centuries-old tradition of ink painting. An extension of the muted tones and sensitivity of surface that seems so inherent to a national Japanese aesthetic is the modern overlay of metallic connotations, in prints that are elegant testaments to the savouring of new artificial materials.

Concerns with creating new time-space continuums are a dominant theme among artists in the show with some of the artists demonstrating this by creating fantasy worlds replete with surreal ambiguous spaces. The prints in this exhibition are testaments to the vitality, innovation and imagination of Japanese printmakers in the late twentieth century.

You can see many of these prints on the Art Gallery of New South Wales' website. 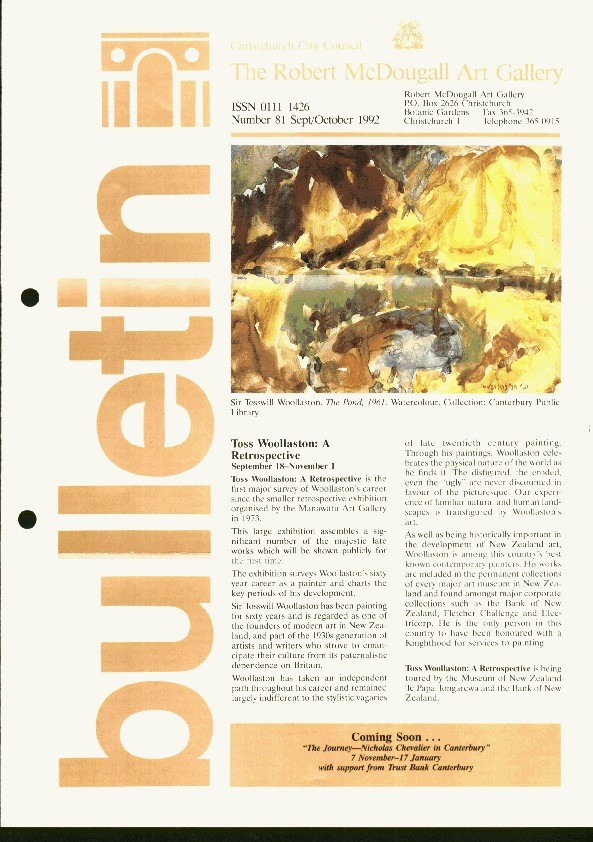