Invitation to the opening of the Natalia Goncharova exhibition

In 1961, the year prior to the death of Russian born artist Natalia Goncharova the British Council of Great Britain held a major combined retrospective exhibition of her work and that of her husband Mikhail Larionov.

For decades this artist had lived in relative obscurity, much of her work largely forgotten. In fact until the 1960s Natalia Goncharova rarely appeared in even dictionaries of world artists then only as a minor figure.

Her contribution with that of her husband to the formative years of the modern movement in Russia, is now fully recognised worldwide. However to date New Zealand has not had the privilege of seeing an exhibition of her work.

Natalia Goncharova was born in Moscow in 1881. At 17 she began to study sculpture at the Moscow Institute of Painting but by 1904 had shifted her interest strongly to painting, and with her husband Mikhail Larionov whom she had met in 1900 she forged the course and promoted the cause of the modern movement in art before the Revolution.

From 1910 to 1914 Moscow was the scene of much experimentation in the arts and a torrent of modern tendencies, which embraced Neo-primitivism, Cubo-Futurism in abstract and non objective art among the stylistic directions.

By 1913 she was also designing for Sergei Diaghilev's Ballet Russe and after moving to Paris in 1917 continued to paint and exhibit her work regularly. Although she still painted up to the late 1950s, her work was seldom seen.

This exhibition comprises works that date from as early as 1908 through to 1958 highlighting some of the unique features of this artist's career. The exhibition will be opened on March 11, 6.00 p.m. by Anne Kirker a senior curator at the National Art Gallery, Wellington and will be followed at 7.30 p.m. by a public lecture Natalia Goncharova: the woman, the artist, the exile. 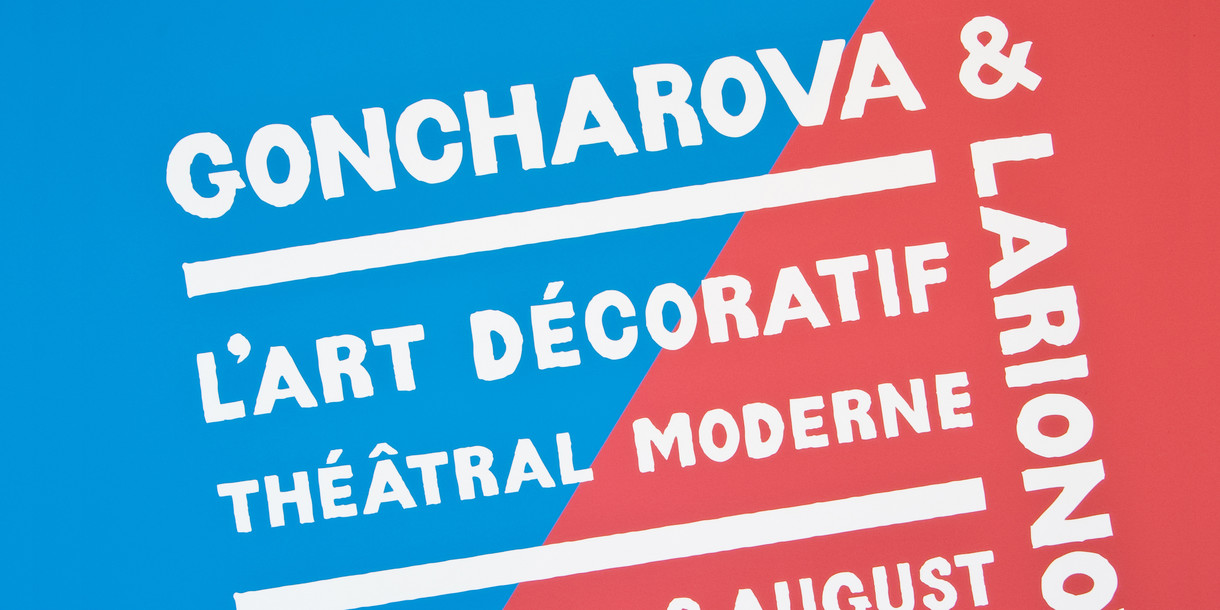 An exhibition of stage and costume designs by the Russian avant-garde artists Natal'ya Goncharova and Mikhail Larionov.

In 2019, the Tate Modern staged a solo exhibition of the work of Russian artist Natalia Goncharova. It was the first time the artist had had a major retrospective in the UK, and the exhibition included her paintings, prints, costume designs and textiles. The exhibition presented reviewers with a twinned challenge: how to talk about an artist who was so little known in the UK, and one who was a woman?