In early June this year Sydney based artist Ken Orchard arrived in Wellington to begin a 3 month residency project in association with the Wellington City Art Gallery's Artist in Residence Programme.

For a New Zealand context and audience the gallery was particularly interested in focusing on the work of a younger Australian artist working in the medium of printmaking. The Wellington City Art Gallery sought an artist whose works would stimulate the printmaking community in this country, interest a wider public and arouse discussion amongst critics and practitioners of the issues inherent in Orchard's reworking of existing images, and of his working processes.

Under the terms of the residency one work was to be developed and produced for installation to be read alongside a group of works selected from Australia produced since 1986/87. Each large scale work is the sum of a differing number of 'panels'. All works have been printed from woodblocks directly onto paper or canvas. Each work is an appropriation of an existing image, and reworked, revalued in print allowing a fresh and multi-faceted interpretation.

This exhibition was held at the McDougall Art Annex. 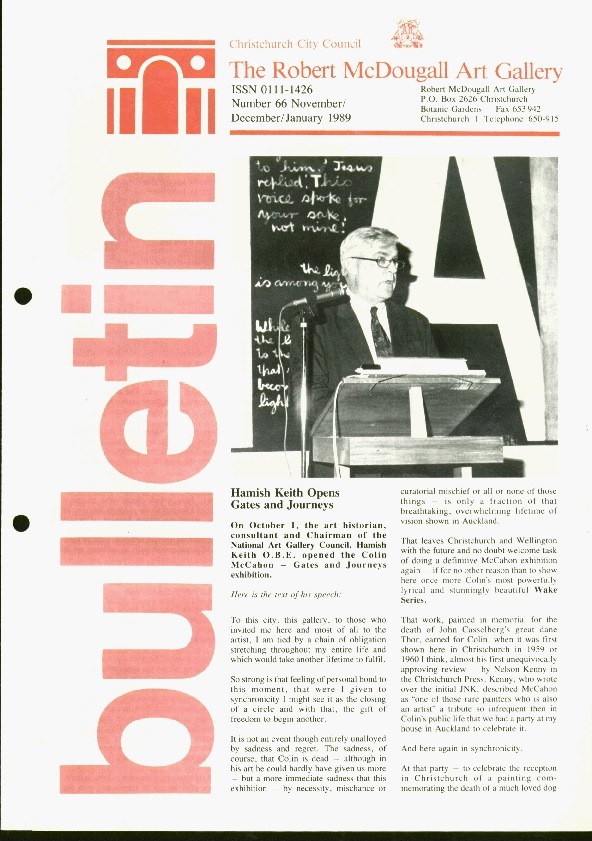