Jocelyn Allison: A Film on the Work of Don Peebles

As a film making student at the School of Fine Art, University of Canterbury, Jocelyn Allison embarked on a project to make a film based on an in-depth study of the work and attitudes of a New Zealand artist. It was a matter of deciding upon an artist who had worked consistently over a period of time and with whose work she shared a sympathy and understanding.

Don Peebles was chosen and consented to long hours into weeks and months of filming, the interviewing in his home with his family at work in his studio, teaching at the School of Fine Art where he is head of the painting department, to hanging exhibitions and socializing with friends.

The result is a comprehensive portrayal of one of New Zealand's leading artists, giving description to his development over 30 years of painting, a rare insight into his technique of making paintings, constructions and drawings, his philosophy and attitudes to his work, and the activity of being an artist.

The film directed by Jocelyn Allison. with music composed by John Cousins was made with the support of the Robert McDougall Art Gallery and the Queen Elizabeth ll Arts Council of New Zealand.

This 25 minute colour film will be screened in the Gallery daily at 11am-1pm and 3pm between the exhibition dates as part of a didactic display explaining the process of making the film. 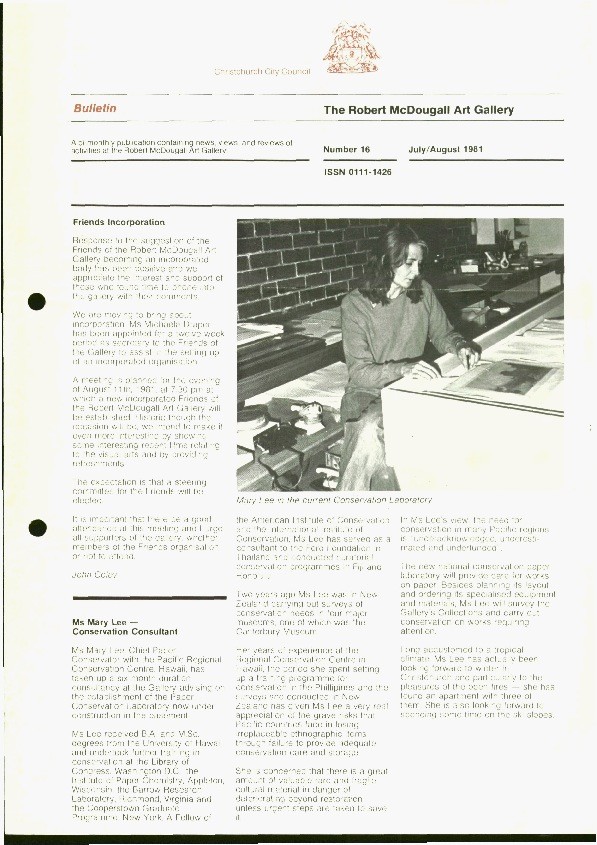 p.4
Acquisitions May - June
August School Holidays Programme
Special events for the Members of the Friends of the McDougall during July and August 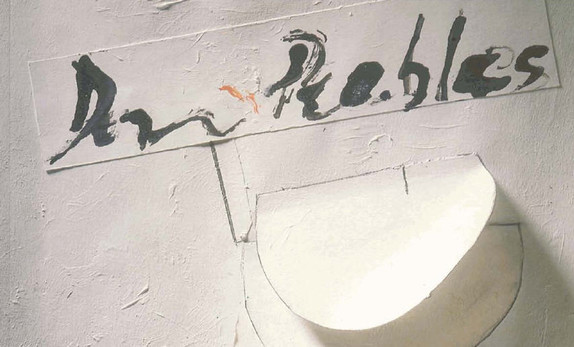 Don Peebles: Drawings of the 1980s