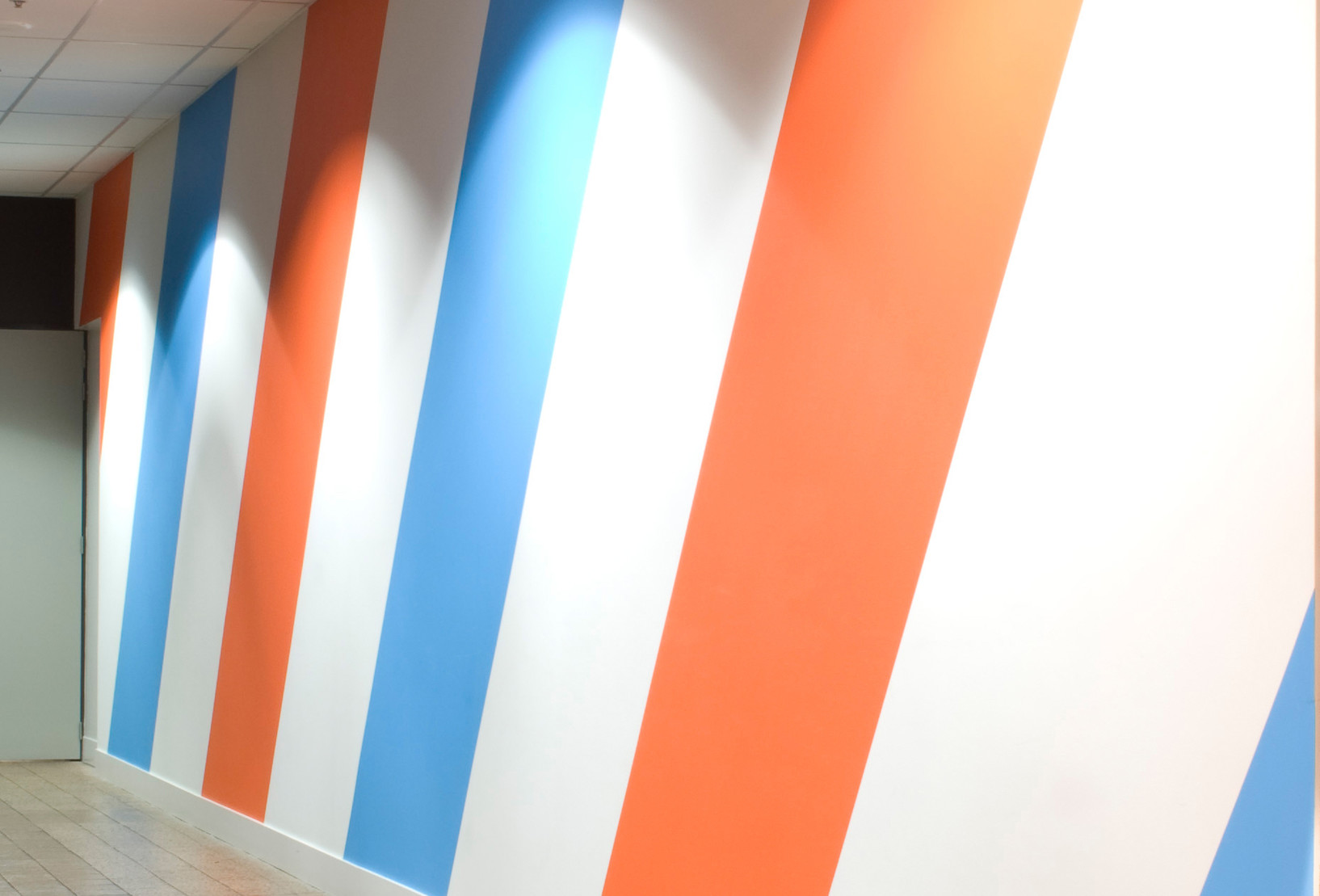 Jan van der Ploeg's Wall Painting No. 218 Untitled was painted in 2008 to brighten up a corridor leading off the gallery foyer. 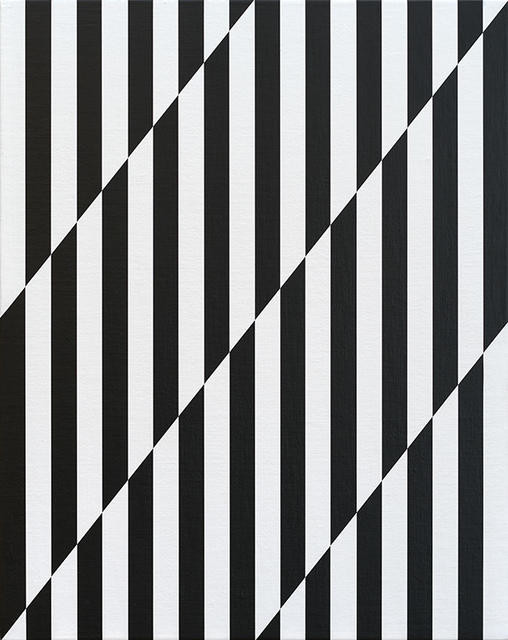 Dutch artist Jan van der Ploeg manipulates and reorganises visual information, playing with colour, scale and repetition to create intense and eye-popping patterns. He works both with paintings and moving images, and often draws connections between the two. This untitled work is part of a larger series, ‘The Warriors’, which alludes to the professional New Zealand rugby league team. Van der Ploeg was introduced to the team by his friend, the late New Zealand artist Julian Dashper, and they attended matches together. Although van der Ploeg lives and works in Amsterdam, he has established a strong connection with New Zealand since his first visit in 1992. He regularly exhibits here, and completed a large-scale wall-painting for Christchurch Art Gallery Te Puna o Waiwhetu in 2008. In addition, he has undertaken research into the work of Gordon Walters and other New Zealand abstract painters.