This is an exhibition of major classical Athenian and South Italian Vases made between the sixth and fourth centuries B.C. and assembled from important collection in New Zealand and Australia.

It is more than ten years since we last enjoyed an exhibition at the McDougall like this one which will feature exquisite works of ancient Greek artists. Many of these works are new to the city; the majority newly arrived in New Zealand. Mother City and Colony: Classical Athenian and Southern Italian Vases in New Zealand and Australia has been organised by Alan Shapiro, Professor of Classics at the University of Canterbury and an international specialist in Classical Greek Art.

It includes fine examples from the greatest period of Athenian vase painting, as well as works which have been authenticated as coming from three workshops established in the later fifth century by Greek colonists in Southern Italy. These were the Lucanian, Apulian, and Campanian workshops, where the shapes and decorative techniques used illustrate well the continuity of the ceramic traditions from the homeland in Greece.

Often the scenes depicted in red or in black figure work are from Athenian drama attesting to the popularity of Greek culture among the 'colonials'. For US they renew the stories, myths or legends we associate with the dawning of European civilisation.

One special highlight is a large Panathenaic prize amphora. It was made in the leading Athenian work shop of the early fifth century B.C. to be awarded to the victor at an important public ceremony. Large and beautifully decorated, it is without doubt, the finest example of its kind to be seen anywhere in the southern hemisphere. A fully illustrated catalogue, prepared by classics students at the University of Canterbury under the direction of Professor Shapiro and consultant Dr Beth Cohen of New York, will accompany the exhibition.

There will also be a special weekend Symposium on Saturday 30 September 10am-4pm. Organised by the McDougall in collaboration with the Continuing Education Department of the University of Canterbury, this will focus on the arts of Ancient Greece. It will help us place the vases within the broader context of the civilisation that produced them and so help us better to appreciate their beauty and meaning. Professor Alan Shapiro, Professor Chris Dearden from Victoria University, Wellington, Roslynn Bell of the Logie Collection, Dr Patricia Hannah and Mr Robert Hannah of the University of Otago will be discussing and illustrating some of the latest findings and areas of classical research, and participants will have the opportunity to share the day with enthusiasts, students and with highly specialised and knowledgeable experts in the field of Greek Vase Painting. For further details or enrolments please contact the Education Section, McDougall Art Gallery or the Centre for Continuing Education at the University of Canterbury. 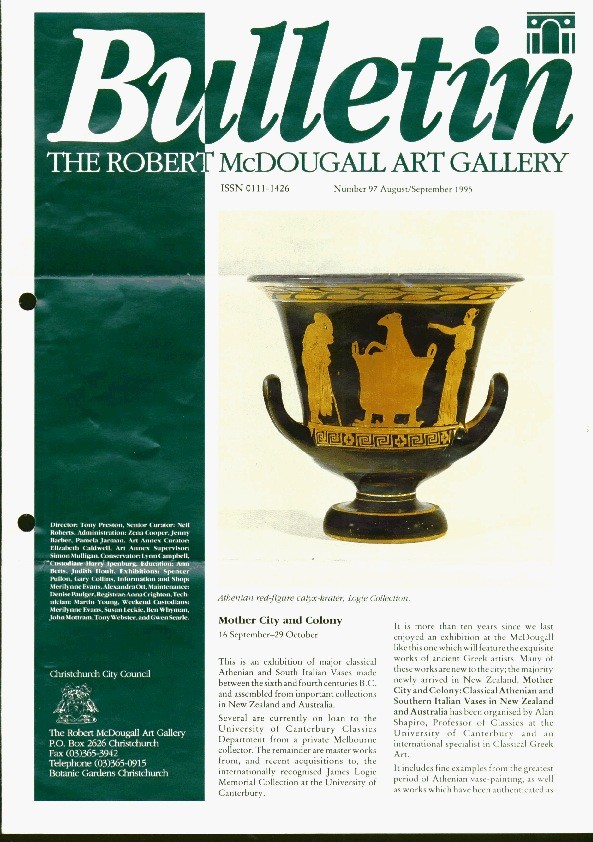 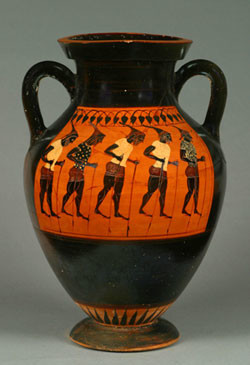 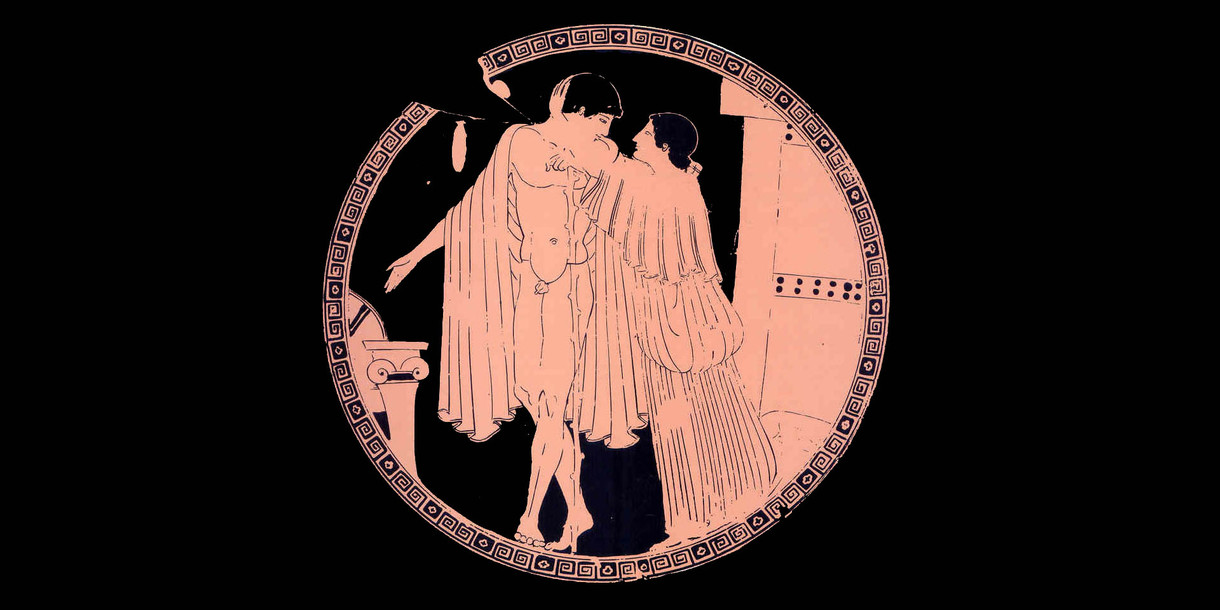