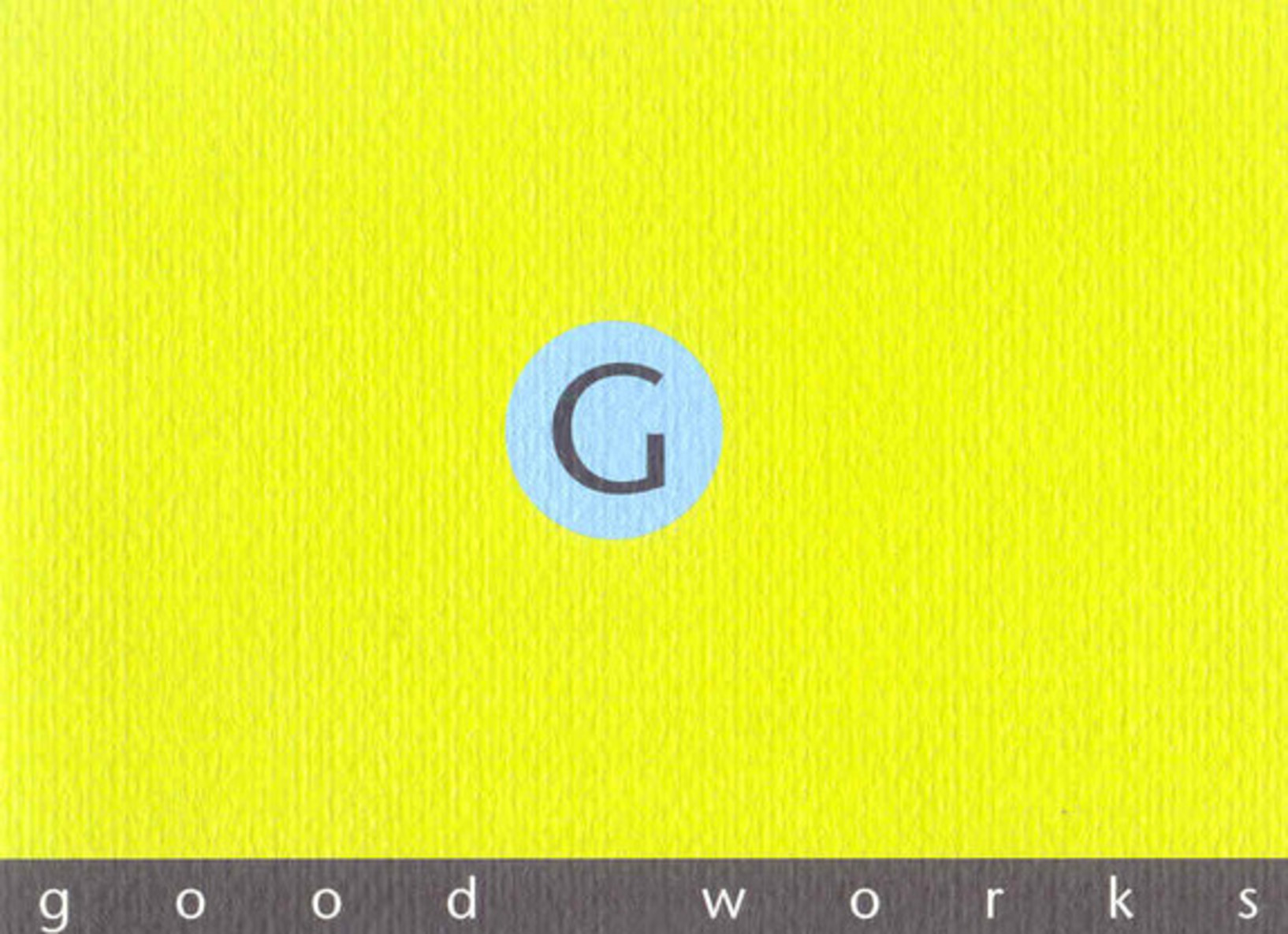 Exhibition celebrating the many works of art donated and bequeathed to the Robert McDougall Art Gallery.

Most New Zealand public art collections owe their origin in part to the beneficence of citizens and in this the Robert McDougall Art Gallery is no exception. Over the past sixty two years this gallery has acquired hundreds of works through gift or bequest. In acknowledgement of this the exhibition Good Works will reveal the extent of the generous support of donors over the years.

The first major gift to the gallery was received at its foundation from the Canterbury Society of Arts (C.S.A.). The society presented a large portion of a collection that had come into being during the previous half century when it also performed the role of Christchurch's Public Art Gallery. As the Robert McDougall Art Gallery building neared completion in 1932 it received the first of many individual gifts of work for its infant collection. The most prominent of these were The Dutch Funeral by Petrus van der Velden presented by H. C. D. Van Asch and La Lecture de la Bible by Henriette Browne gifted by R. E. McDougall who was also the donor of the gallery building.

On opening day 16 June, 1932 a total of 15 gifts from other citizens had been assembled in addition to the 118 works presented by the C.S.A.

During August 1932 a further 27 works were passed to the gallery from the family of James Jamieson. Jamieson, on his death in 1927, left all of the 300 works in his Hereford Street home and private gallery to the city. This was perhaps the largest private bequest of art in the history of Christchurch. Unfortunately the acrimony which arose over the acceptance of works from this collection gave rise to protracted argument and deliberation between the principal trustee of the estate and the Christchurch City Council.

This lasted five years and was still unresolved when the gallery opened. The eventual outcome deprived the city of more than 120 paintings it might have had.

However, many fine works were selected including several watercolours which helped to increase the number of works on paper to 28. This modest beginning, considerably assisted by gifts and bequests, was eventually to develop over the years into one of the strengths of the collection. One of the earliest was in 1934 when the trustees of the estate of George Du Maurier presented several drawings by that artist. This gesture was repeated two years later when, on the death of Sir Joseph Kinsey, the gallery received 54 works of printmaking which effectively initiated the print collection.

Whilst there were many donors of works during these early years, there was no monetary bequest to assist in acquiring works. In 1955, however, on the death of Miss May Schlesinger, £200 was received. This was sufficient, three years later, for the judicious purchase by Sydney Lough Thompson of five important contemporary French works for the collection.

Over the years there have been a few individual donors who have regularly supported the gallery with gifts of art. One of the earliest of these was Miss Maureen Chute Raymond who made her first gift to the collection in 1941 and was to continue to be a supporter up until her death in 1978. It was also her initiative that began the gallery's association with the National Art Collections Fund in London. The grants from this over the years enabled a number of works of historical significance to be acquired.

Among the more notable bequests of works in the 1940s were those of the artist Rosa Sawtell received in 1940 and Robert Bell in1943. The Sawtell bequest included the painting Summer Morn by Evelyn Page which was officially withdrawn from public view in 1944 after an objection was made by the model. It was not to be exhibited during her lifetime. This flurry of controversy which began in the early 1940s was minor in comparison with that which erupted in 1949 when several well meaning citizens attempted to purchase, and gift to the gallery, the now celebrated watercolour Pleasure Garden by Frances Hodgkins. Its rejection by the Christchurch City Council was by far the most controversial but was by no means an isolated incident. There have been many other acquisitions by gift or grant which have only been accepted after spirited debate and a degree of controversy. A section of the Good Works exhibition will focus on some of these.

Unlike the 1930s and 1940s the gallery received few bequests in the 1950s but many gifts of works. There was, however, a major monetary gift in 1954 from the estate of William Ballantyne. Like the Schlesinger bequest of 1958 this enabled the assisted purchase of a number of significant works during the next two decades.

The 1960s and 1970s were among the richest in the gallery's history for gifts and bequests. Not only were there many made privately, but several were also from the New Zealand Government including two Rodin bronzes gifted in 1964 and the painting Shoreditch Empire by Walter Sickert the following year.

The gallery also became a member of the Contemporary Art Society in 1966 and benefited in the years that followed from this membership receiving several gifts of contemporary British works. In 1966 the gallery also received its first giant from the QEII Arts Council, enabling it to acquire the sculpture The Bather by Marcello Mascherini albeit under the threat of more controversy. The acquisition in 1969 of 22 works by John Weeks was significant and made possible through the Ballantyne Bequest and a substantial grant from the QEII Arts Council. Among the more notable bequests of the 1960s were those from Lottie Mathews, Heathcote Helmore, Marjorie Bassett, Dorothy Feaver, Sir John Heaton Rhodes and Sir Leonard Woolley.

The number of gifts and bequests from individuals during the 1970s was equally significant. These included substantial additions to the works on paper collection from Gordon H. Brown in 1972. The gallery also benefited from the generosity of several artists. Among the first to gift their works to the collection were Gretchen Albrecht, W. A. Sutton, Don Peebles, Alan Pearson, Olivia Spencer Bower, Barry Cleavin and Ria Bancroft.

Throughout the 1980s, whilst there were still numerous individual gifts of work, bequests diminished. The exception, however, was the monetary bequest made by Olive Stirrat in 1983 which has enabled the gallery over the past decade to acquire no fewer than 42 pre-1930 works. The continued assistance of the QEII Arts Council's subsidy purchase grant and the National Art Collections Fund ensured additional acquisition support for both historical and contemporary art.

Collective support has also been important during the past decade. In 1983 John Summers initiated the 'Everyman Fund' through which a significant series of works by G. Trevor Moffitt was acquired. Also, with the formation of the Friends of the Robert McDougall Art Gallery as an incorporated society in 1981, financial assistance became available and since 1983 many works have been purchased with their help.

The Christchurch Civic Art Gallery Trust was formed in 1991 to enable major additions to be made to the collections.

In the 1990s many of the older agencies for grants and funding have diminished. Grants are no longer available from the Contemporary Art Society or the National Art Collections Fund in London and the QEII Arts Council no longer provides subsidies for picture purchase. But the goodwill of citizens still continues as much as it did in 1932 and it is principally this that Good Works recognises through eleven gallery spaces.

In addition two galleries will be devoted to giving the visitor a look behind the scenes at special displays showing what happens to works that are acquired for the collection; how they are stored, and where necessary, how they are conserved.

To accomplish this exhibition and the publication of the commemorative catalogue the gallery is greatly indebted to Trust Bank Canterbury for their sponsorship. 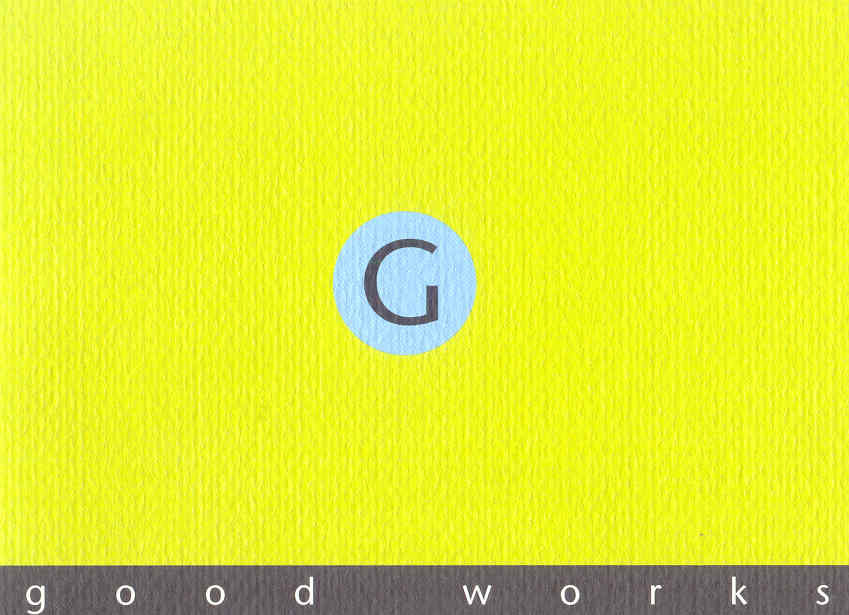 Catalogue of an exhibition celebrating the many works of art donated and bequeathed to the Robert McDougall Art Gallery.