The watercolour drawings, which are close-ups of the windows in buildings of the piazzas and squares of Bologna and Venice, have been developed from sketches Miss Lusk made while on university study leave in Italy in 1975.

The arched windows are depicted with their canvas awnings half open or drawn, giving tantalising glimpses of the shadowy inside. A cool interior is suggested in contrast to the hard light on the canvas, and the textured stonework of the building.

Born in Dunedin in 1916 Doris Lusk gained her formal art training at the Dunedin School of Art where she studied from 1933-1938. She later worked as a commercial artist for three years, and taught art at St.Hilda's College and the Archerfield Girls' School. For many years she has been a senior lecturer at the Canterbury School of Fine Arts. As well as being represented in Galleries throughout New Zealand she is also included in many private collections. 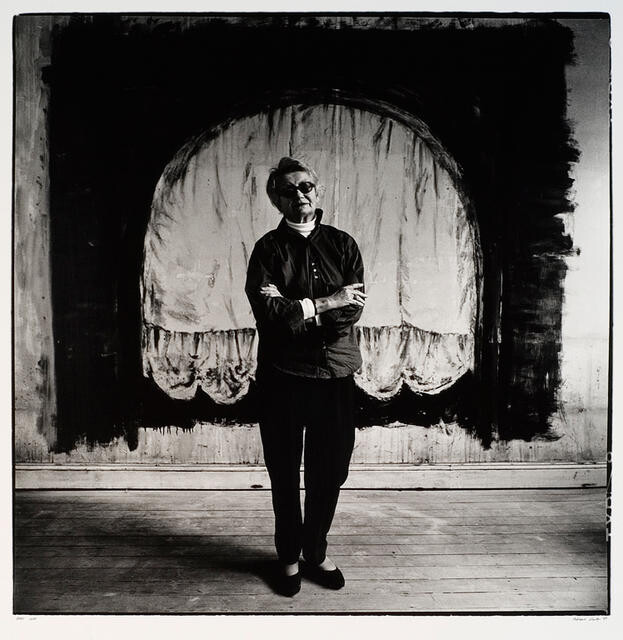