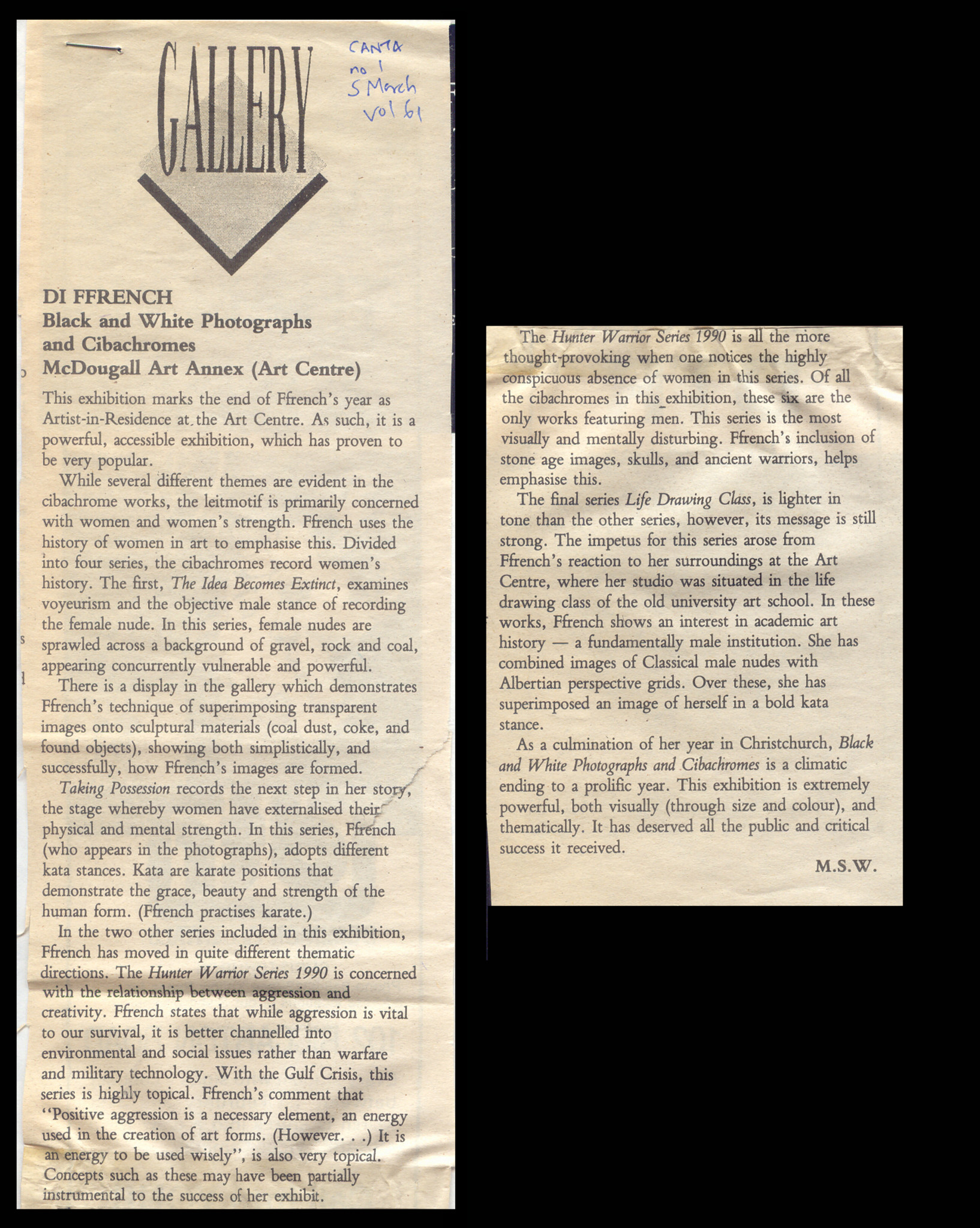 The first exhibition of the new year at the Annex will present recent work by 1990 Trustbank Canterbury Artist in residence, Di ffrench, who has spent the last year living and working in the Arts Centre.

ffrench uses a specialised technique to produce her distinctive photographic images. Initially she takes a black and white Photograph of her model, which is made into a slide transparency. The slide is then projected from a height onto a pit of crystals – she has worked recently with coal dust – which ffrench moulds into and around the projected image. Props and colour can also be added at this stage. ffrench then re-photographs the projected image from various images to create a new, large format photograph. 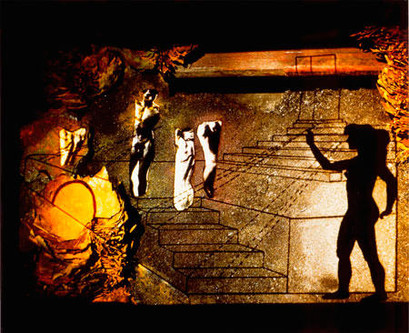 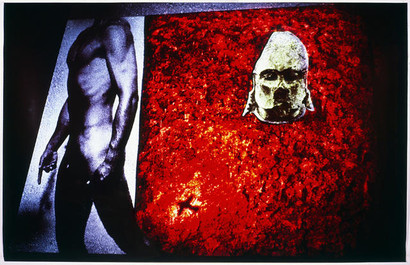 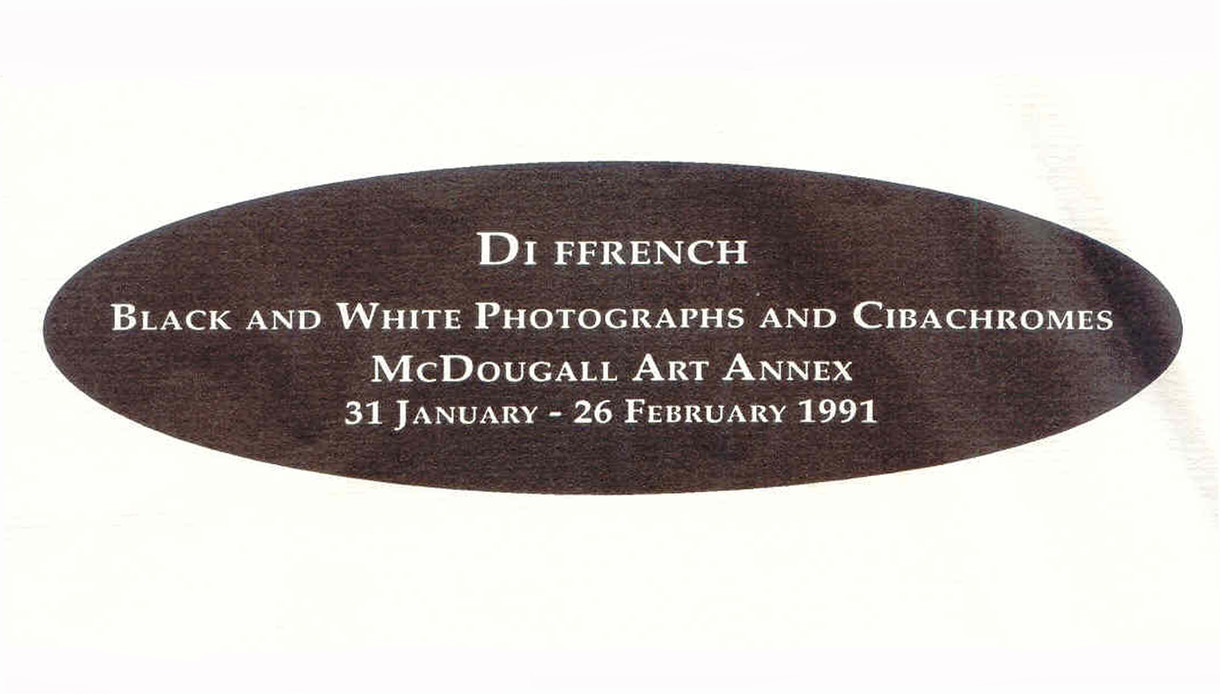 Photographer, sculptor and performance artist Di ffrench (1946-1999) was the Trustbank Canterbury Artist in Residence at the Christchurch Arts Centre for the year of 1990. The works in this exhibition were developed during this residency. 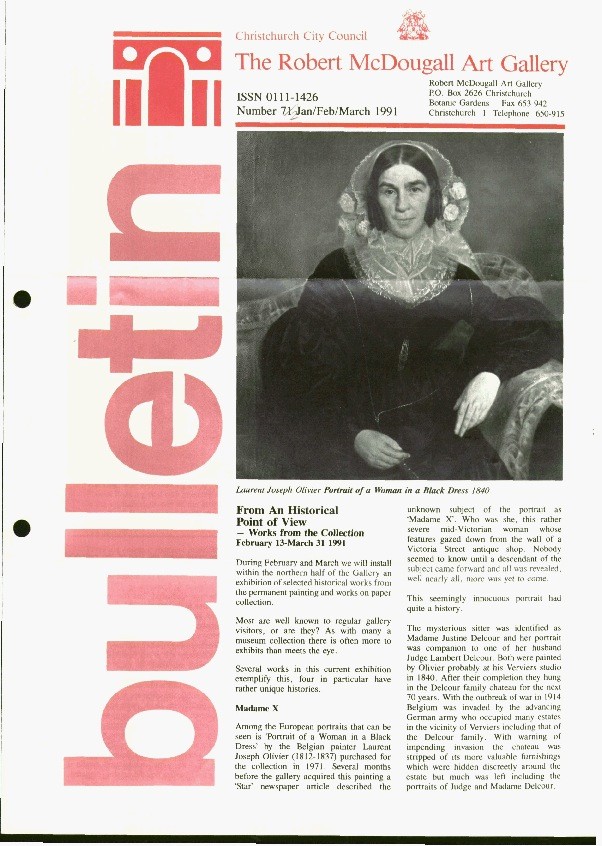