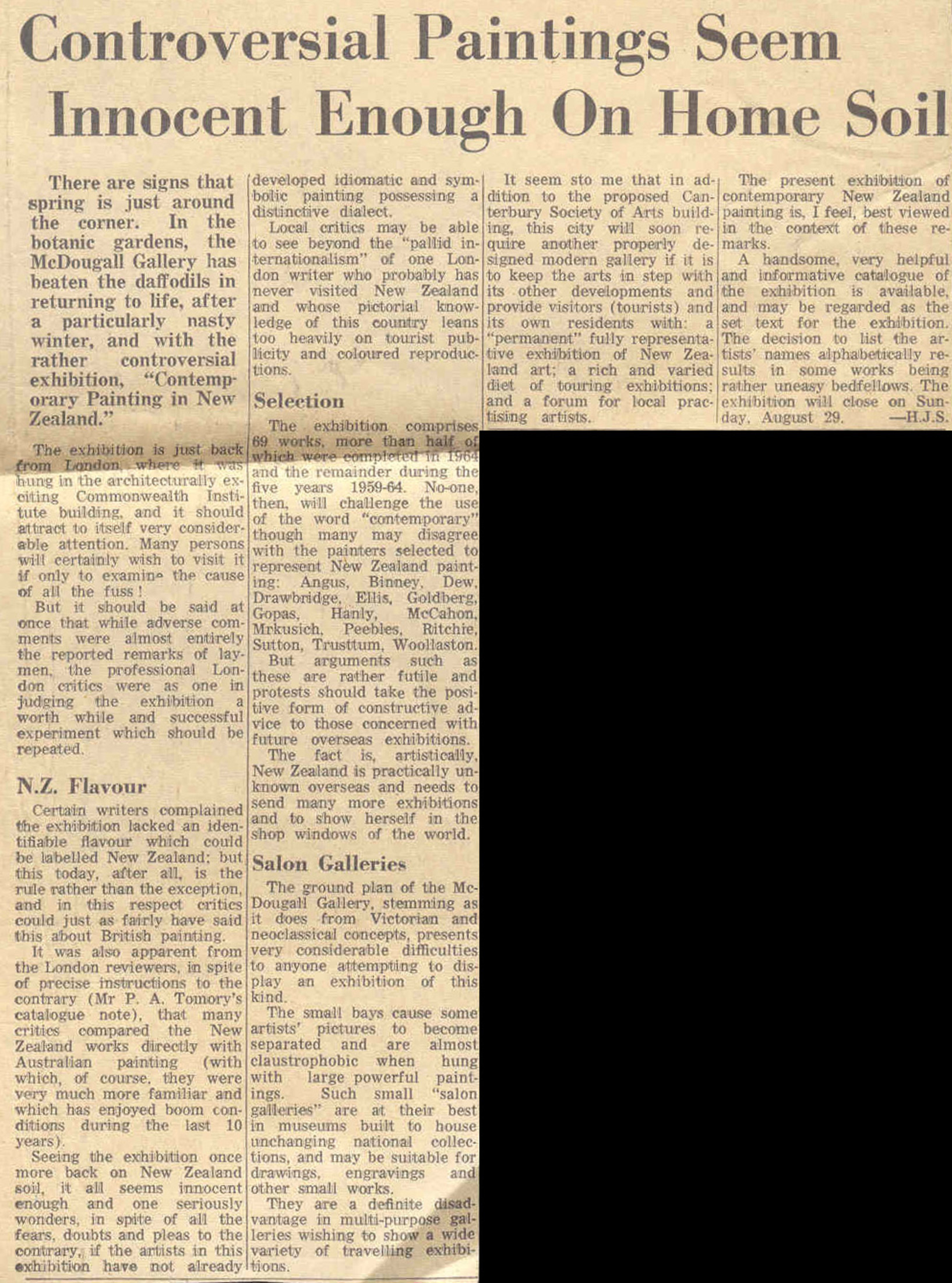 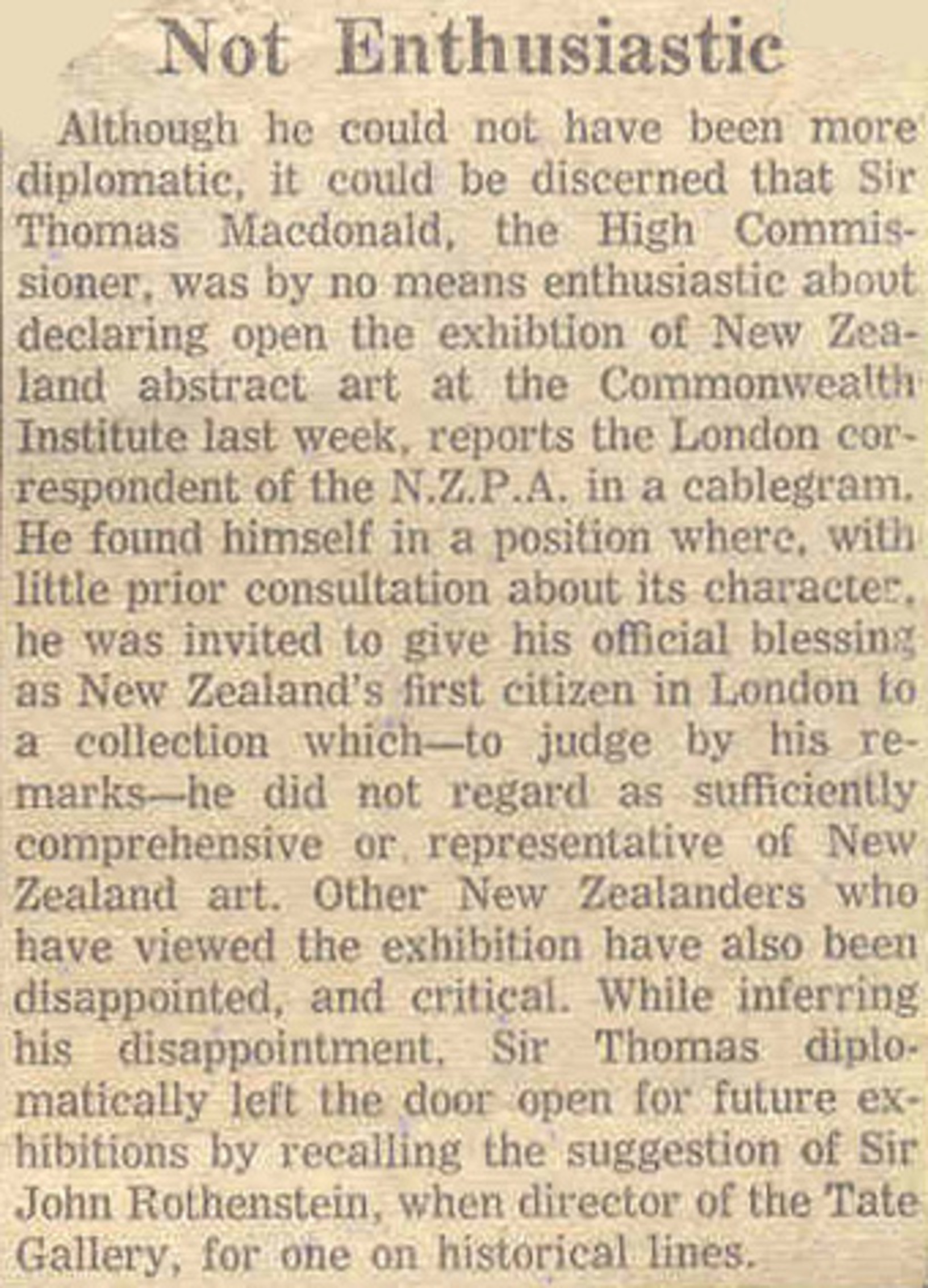 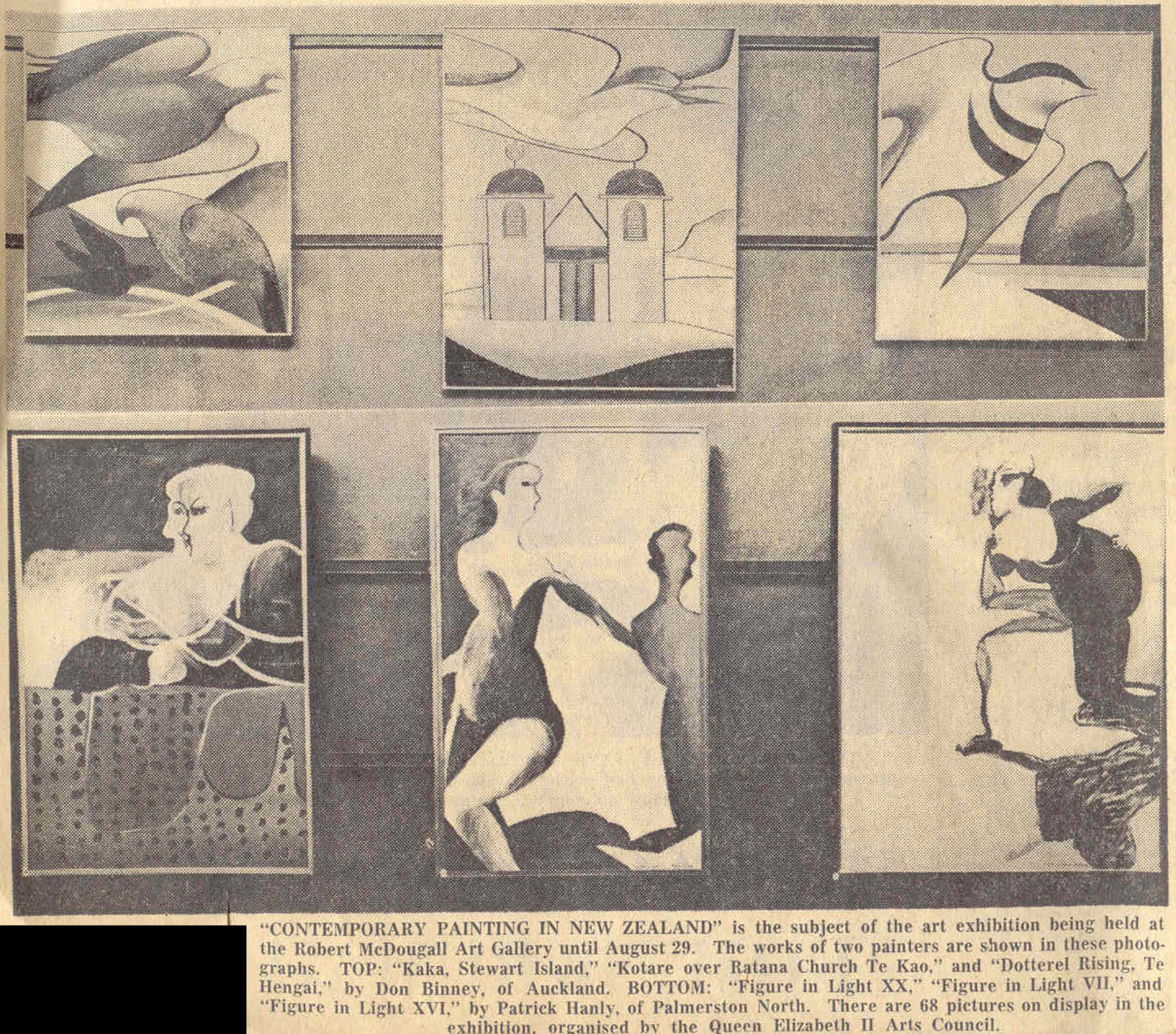 This exhibition represented contemporary New Zealand painting between about 1960 and 1965. It was organised under the auspices of the Queen Elizabeth II Arts Council and had previously been shown at the Commonwealth Institute in London.

The exhibition fetaured 15 artists including Rita Angus, Don Binney, Rudolf Gopas, Pat Hanly, Colin McCahon, W A Sutton, Milan Mrkusich, Don Peebles, Philip Trusttum and Toss Woollaston. Consideration was given during the selection process to those artists who had been working in New Zealand during this period.

The admission charge of one shilling was dropped after 16 August on account of the inclusion of an Australian Art exhibition courtesy of the Australian Trade Commissioner. This exhibition included colour prints of Nolan, Drysdale and Dobell and richly decorated aboriginal artefacts. 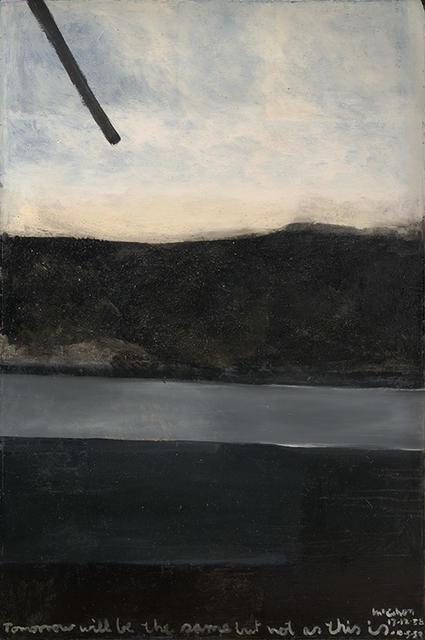