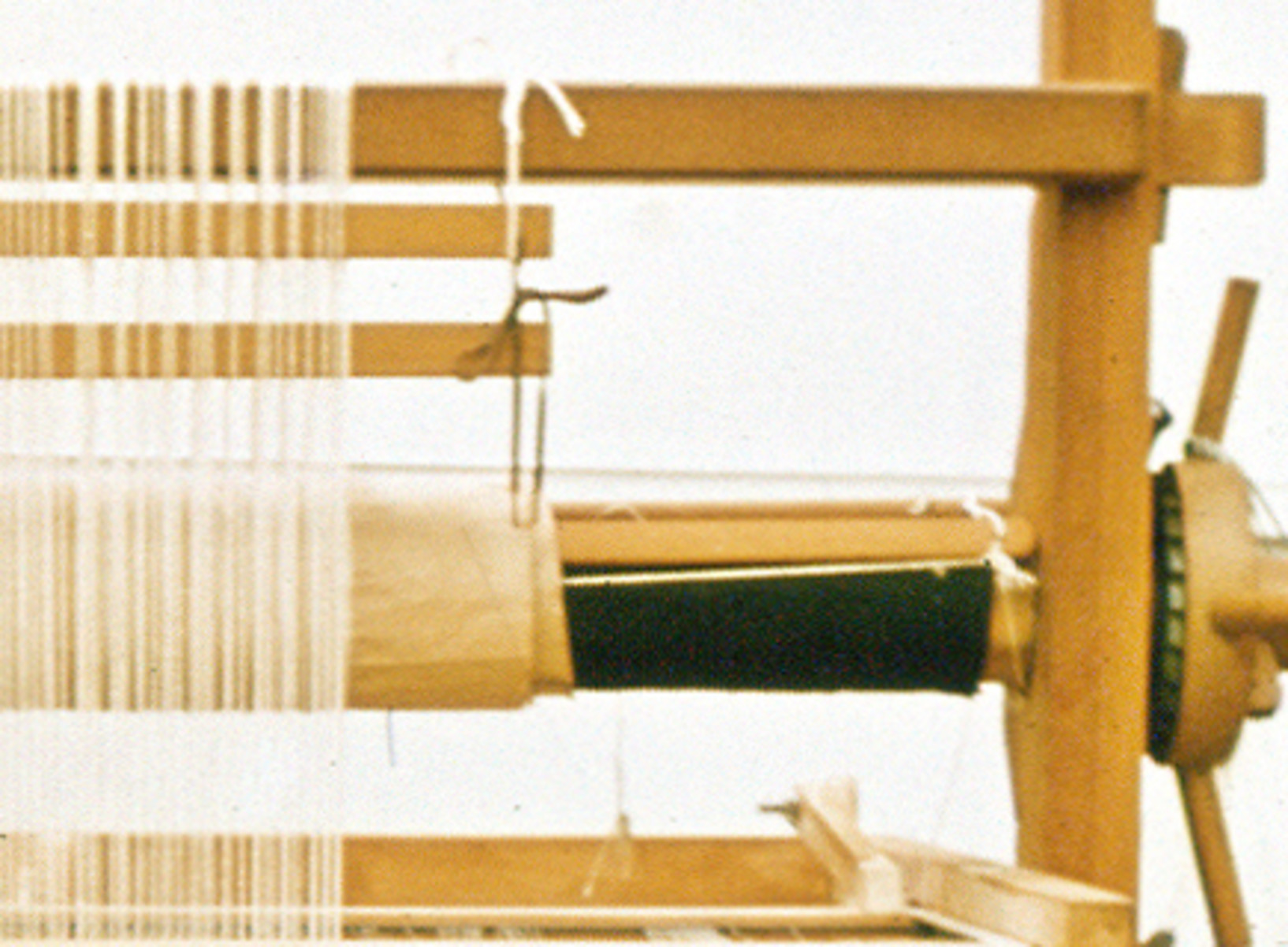 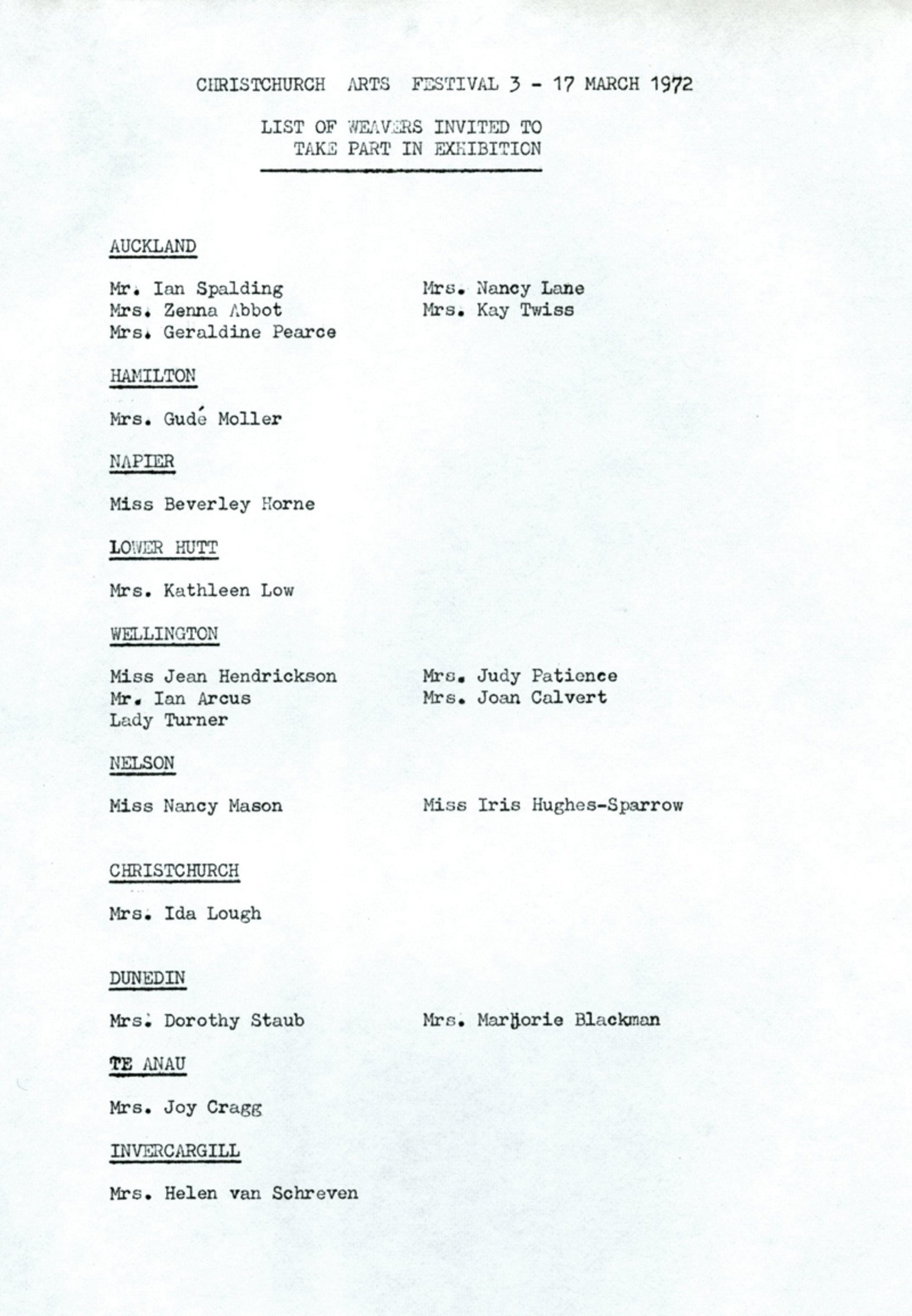 Weaving was officially recognised as an art by the Queen Elizabeth II Arts Council in 1970 and was included in the Christchurch Arts Festival of 1973.

Although some of the local weavers had been practising for years, the Canterbury Guild of Weavers and Spinners was formed in 1971 and it was the first Festival that they could participate in as an organised body.

Twenty-one top weavers from New Zealand took part and submitted three works each for display. In conjunction, Peter Collingwood, one of the best known weavers in England was invited as a guest exhibitor and his work formed the nucleus of the exhibition. As an added drawcard his works were for sale and all his pieces sold.

The exhibition itself was divided into three classes, wall hangings, free hanging and free standing; floor rugs; and fabrics of handspun natural and vegetable dye and other natural fibres or combinations of any. All the pieces had been produced on a hand loom.

Local weavers, Ida Lough, Pauline Pease, and Doreen Fraser transported their large floor looms to the gallery and demonstrated techniques of weaving tapestries, rugs, and wall hangings during the exhibition.

There was also be an exhibit with items of work displayed and for sale, organised by the Canterbury Guild of Weavers and Spinners in the showroom of Amuri Motors during the Festival period.

The exhibition was an outstanding success with people from all over New Zealand coming to see it.