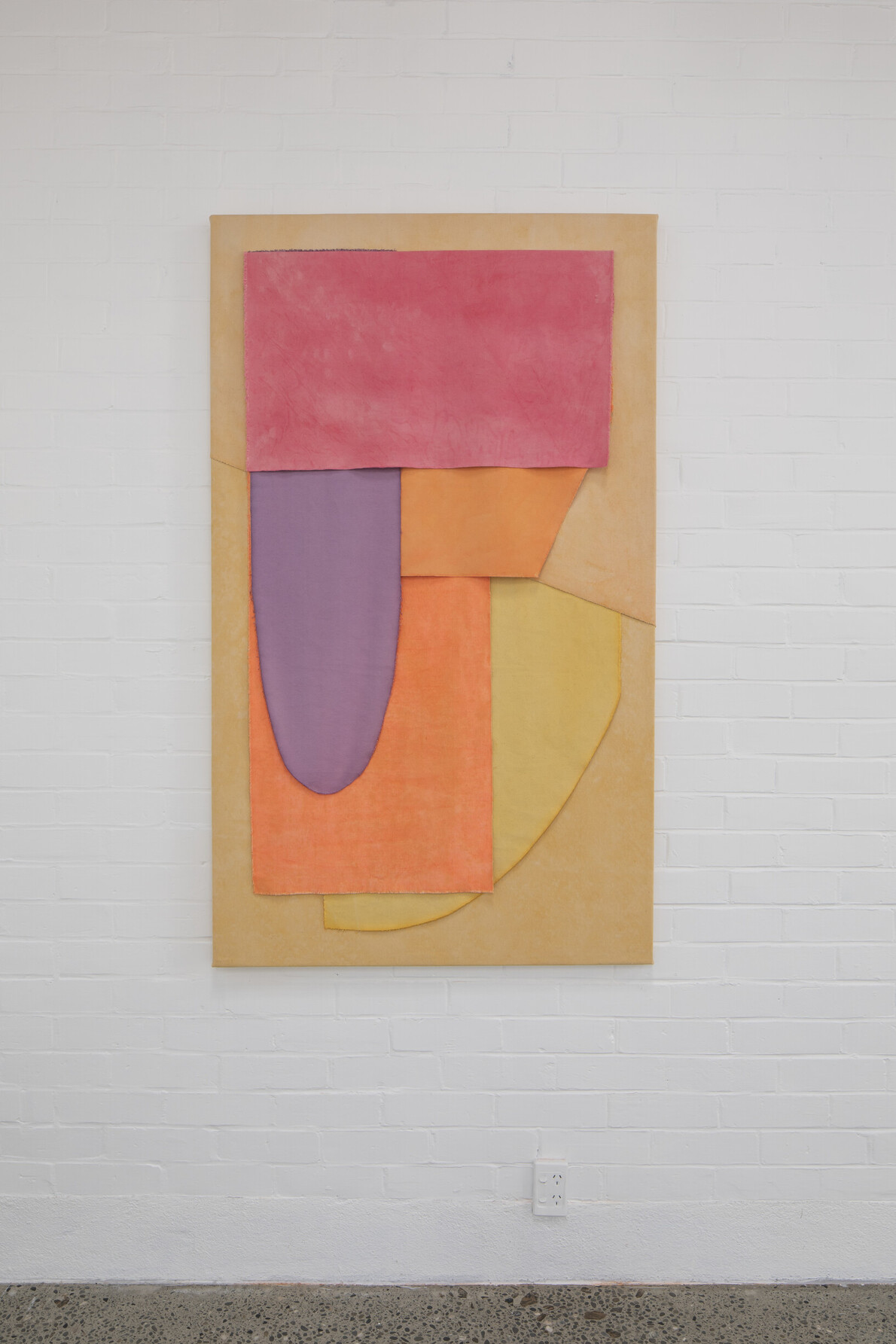 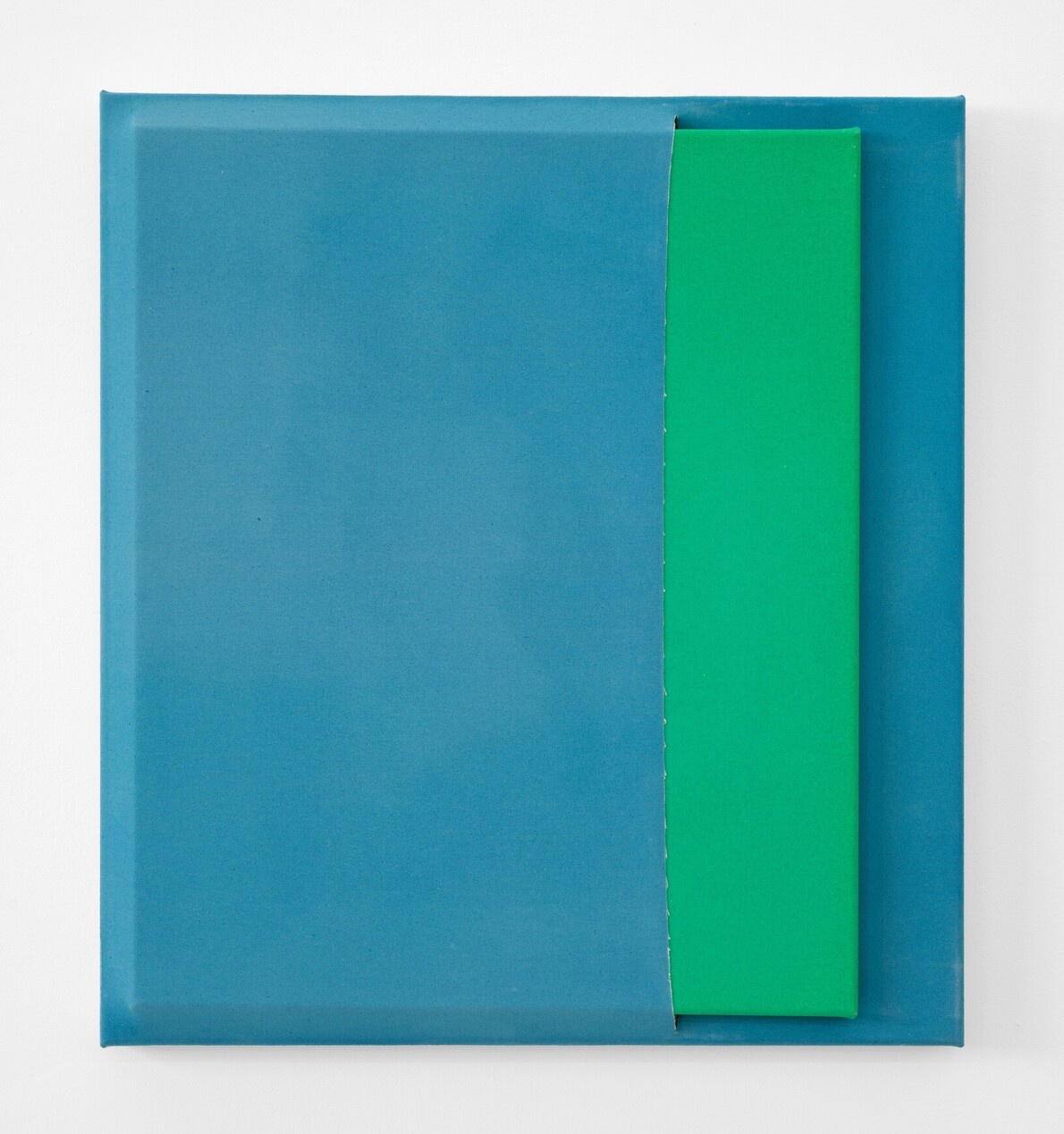 Explore contemporary painting and the 1960s Supports/Surfaces movement in relation to Touching Sight and the work of artists Emma Fitts and Oliver Perkins. 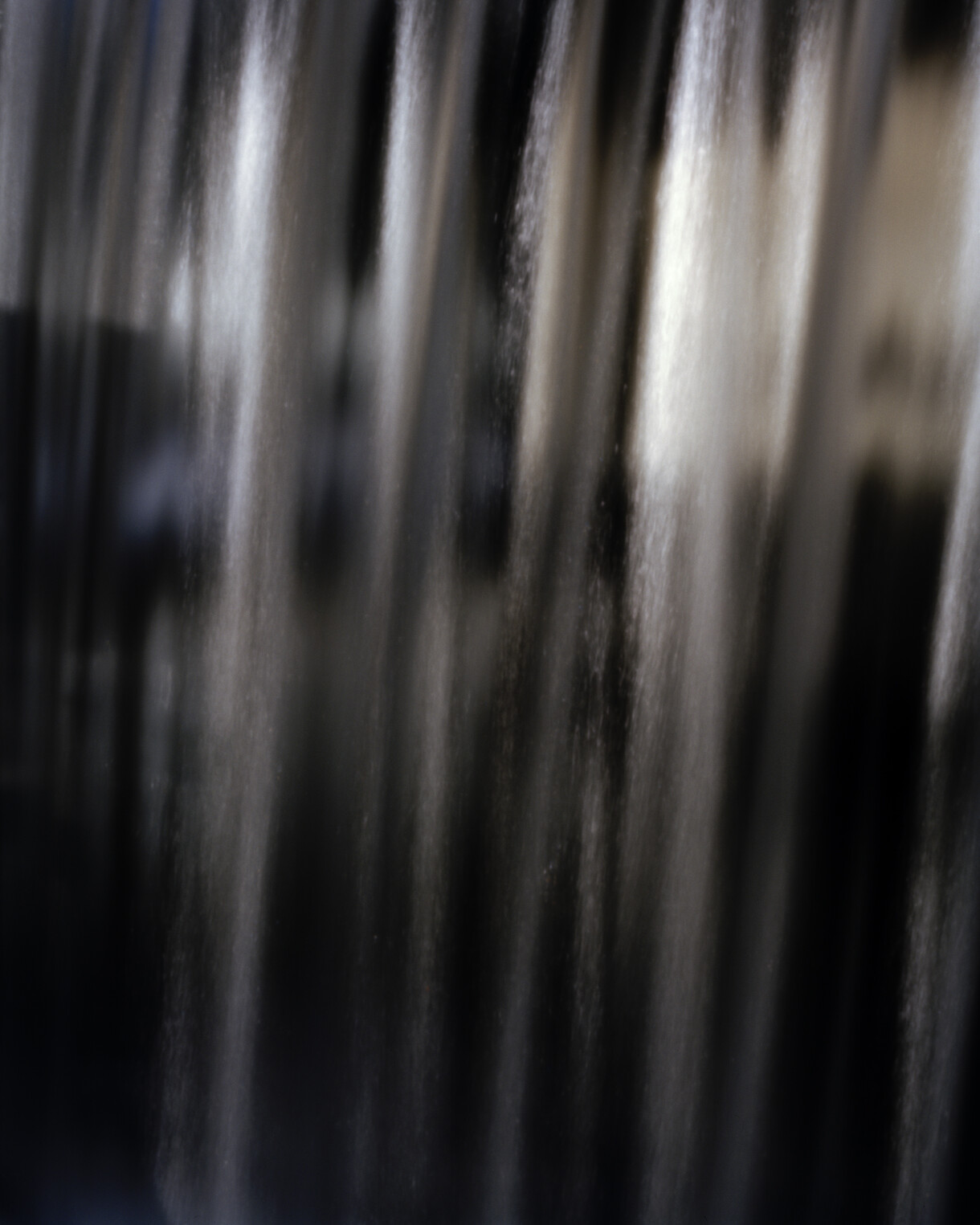 A homage to the Canterbury artist Olivia Spencer Bower, this silk banner is also a proposed outfit for the artist. It was included in Fitts’ 2015 exhibition ‘Fit-out for Olivia Spencer Bower’ in which she transposed the layout of the artist’s home into the Ilam School of Fine Arts Gallery, presenting a series of fabric banners hung from the existing architecture of the gallery. The show marked the culmination of Fitts’ time as the Olivia Spencer Bower Foundation’s artist-in-residence, and ‘touch[ed] upon questions about contemporary New Zealand art’s inability to consider the wider picture of its culture, art history and lineage’. Fitts has also made similar works referencing other artists and significant figures, which have included bomber jackets for the New Zealand politician and feminist activist Marilyn Waring and Marjorie Jewel (Marlow) Moss, a British Constructivist artist.

Born in Ashburton, Emma Fitts completed a Bachelor of Fine Arts (Painting) at the University of Canterbury in 2002 and a Master of Fine Art from the Glasgow School of Art in 2010. Based in the UK since 2009, Fitts returned to Christchurch as the Olivia Spencer Bower awardee for 2014. She has participated in exhibitions and residencies nationally and internationally, both as an individual and as part of the collaborations Fitts & Holderness and Victor & Hester.