St Michael and All Angels, founded in 1851, is Christchurch’s oldest Anglican parish. Now a city landmark, the belfry was designed by Benjamin Mountfort, one of Canterbury’s most successful 19th-century architects. Mountfort’s paintings, mostly in watercolour, were very precise, paying great attention to accuracy and detail. His subjects were often architectural designs or studies. The belfry depicted here is typical of Mountfort’s Gothic Revival style. Mountfort was born in Wolverhampton, England. He grew up in Birmingham and in 1844 was articled to Richard Cromwell Carpenter [1812-1855], a leading Gothic Revival architect. Arriving in Lyttelton in 1850, Mountfort went on to design some of the most significant buildings in Christchurch, including the Canterbury Museum in 1870. He was also an accomplished watercolourist, and became a foundation member of the Canterbury Society of Arts in 1880. 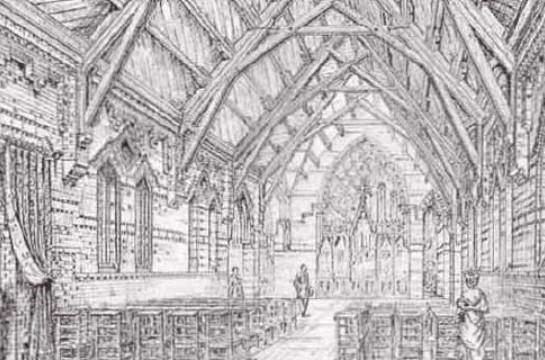 B.W. Mountfort and the Gothic Revival: A Centennial Exhibition 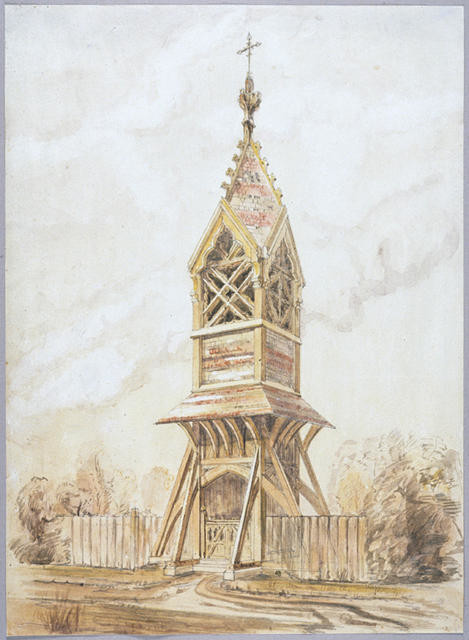