In this work Geoff Dixon shows the earth as a modern day Noah’s ark. By sticking tiny models onto a globe he has created a miniature world in which exotic animals and technology appear to overwhelm other elements.

Typically, Dixon’s paintings involve layers of colour and textured surfaces and here he has created a tension between extinction and survival, movement and inertia by using a mass of paint that threatens to submerge the world and all its inhabitants.

Dixon studied graphic design at Christchurch Polytechnic during the mid 1970s and has exhibited widely since then. He was a Trust Bank Artist in Residence in 1997. Widely travelled, he now divides his time between living in New Zealand and Australia. 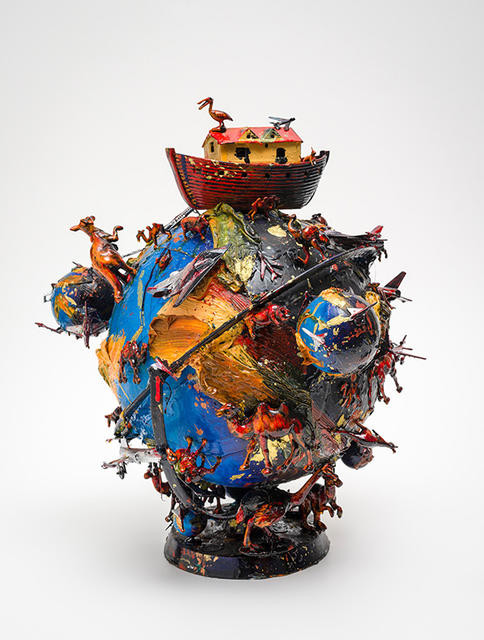 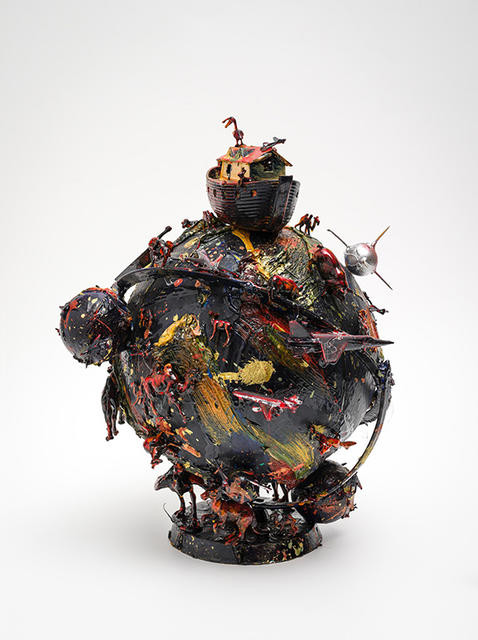 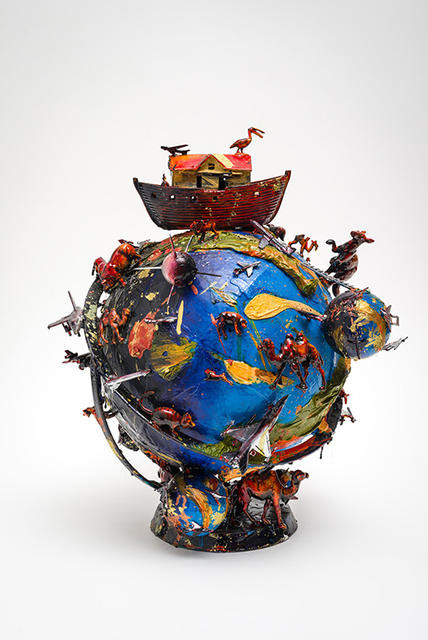