Tony de Lautour’s works of the 1990s are a riot: a disorderly assembly of images and symbols jostling for attention. Beer-swilling, pot-bellied kiwis square up against mangy chain-smoking lions in a savage parody of New Zealand’s modern history, recasting the decade’s official narratives of national identity as a dispiritingly sweaty, low-rent struggle.

The inventory of the title refers to the collection of graphic devices drawn from comics, tattoo art and heraldic imagery that de Lautour used in many works of the time—and which occasionally continue to make an appearance in his paintings. He comments: “It is not really a secure inventory, both in the sense that new images fade in and out of my work and also that the composition is precarious, stacked, pressed together, held in place by cobwebs.” The blue palette originated from the home-made and prison tattoos that he was using for source material. “Sometimes the blue became mixed or overpainted with white, which eventually resulted in powder blue entering the palette that I still use now.”

The 1990s, de Lautour says, were a time when artists were becoming increasingly aware of the proliferation of images which the internet heralded, and the way that disparate imagery from different times and places was beginning to be pushed together and to recirculate free of its original context. “I do see it all as a continuation of a history starting from cubist collage, dada and photomontage. I also thought a lot about the way individual images could lose power as we became more overloaded with them.

“There was also the constant talk about painting being dead. At the time it felt to me that it if was dead you could do anything you wanted, because it didn’t matter. I suppose painting is even deader these days.” 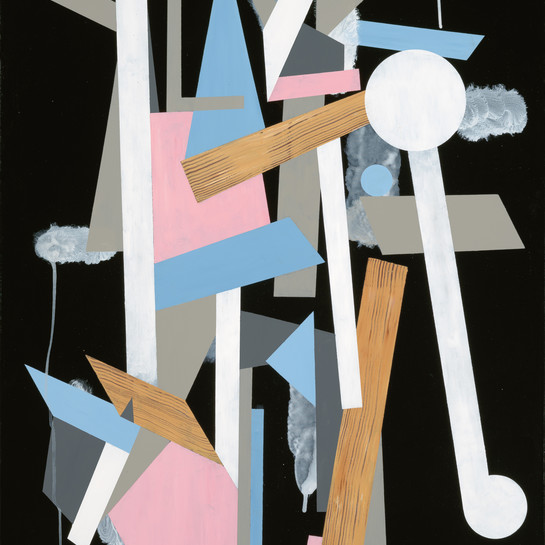 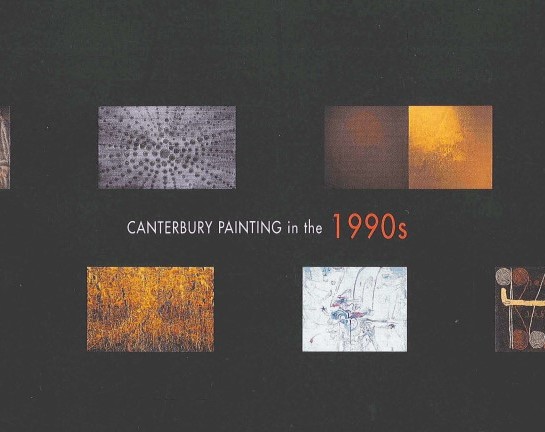 Canterbury Painting in the 1990s 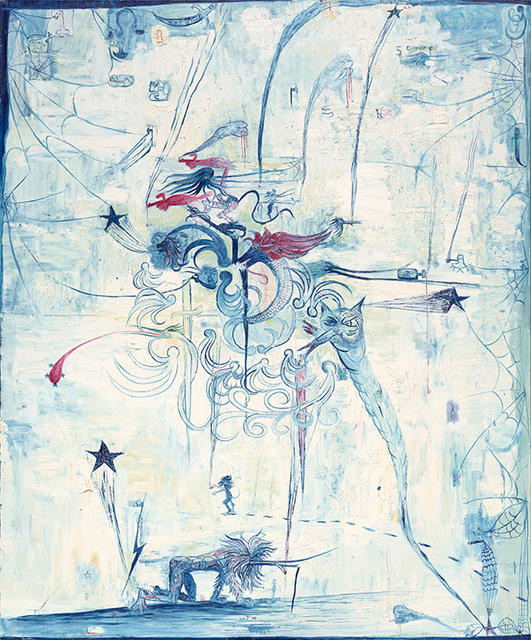