When she was at the Academy of Fine Art in Florence, Ria Bancroft spent much of her time studying from life. One female model in particular, named Nella, was the inspiration behind this piece. In 1966 Bancroft donated Nella to the Canterbury Society of Arts, helping to raise funds for Florence, which had recently been flooded.

Nella is shown in an informal pose and features such as her arms and head have been stylised and elongated. Bancroft chose to produce this work in the traditional medium of bronze, which allowed her to give it a highly finished, smooth surface.

Bancroft was born in England. She moved to Toronto, Canada, in 1951 and worked as a television designer and display artist. She travelled to Italy in 1960 and studied for two years under Professor Antonio Berti (1904 -1989). In 1962 Bancroft moved to Christchurch where her daughter was living. She exhibited regularly and received many commissions, including Tabernacle Screen Doors for Christchurch's Cathedral of the Blessed Sacrament. 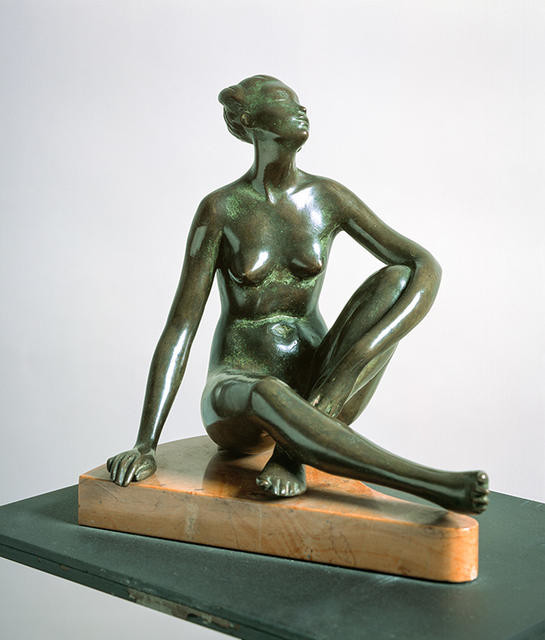