This view is of the lower reaches of the Heathcote Valley, at the foot of the Port Hills just east of Christchurch. It was a favourite place for Cecil Kelly and one to which he often took his students on paintings trips. The work is an early example of the style of landscape painting developed by the group now known as the Canterbury School of regionalist painters. Their style involved the realistic treatment of forms, the tendency to simplify the small details of surface or texture and clear, sharp lighting. Born in Canterbury, Kelly studied at the Canterbury College School of Art and twice won the School's medal for painting from life. Kelly was appointed to the staff of the School of Art in 1907 and taught there until his retirement in 1944. Kelly began exhibiting at the New Zealand Academy of Fine Art in 1902 and went on to exhibit at the Royal Academy, the Royal Scottish Academy, the Royal Society of British Artists and the Paris Salon. 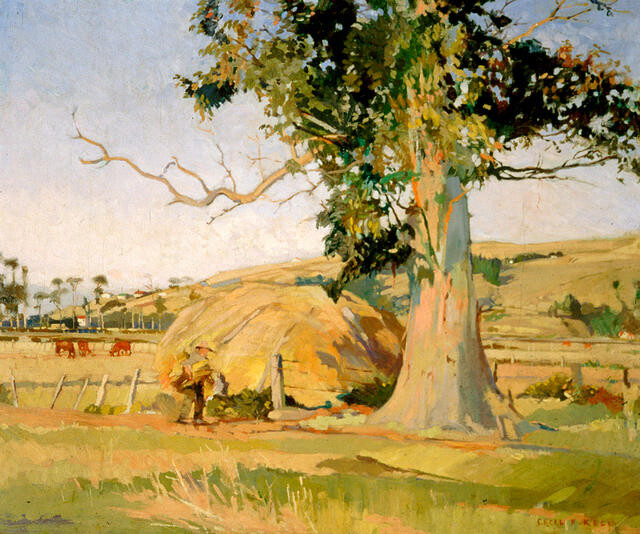