Inspired by the mile-stones that can be found along streets and roads in Europe, Tjok Dessauvage has described his pot structures as modern-day relics - carriers of information that is conveyed through the abstracted patterns scratched into and drawn onto the smooth surface. Although originating from traditional forms, this pot structure has evolved into a Minimalist and largely abstract work. It was made on a conventional potter’s wheel, but is contemporary in approach. The meticulous finish of the work is important, as it becomes a study in understated, yet precise, geometry. Dessauvage was born in Belgium. He studied ceramics briefly under Joost Maréchal (1911-1971) but is largely self-taught and has developed an experimental and highly innovative practice. In 1977 Dessauvage became a full-time artist and began working with ceramics in a very sculptural way. He began exhibiting regularly in 1979 and from the mid-1980s became internationally recognised, often travelling abroad to exhibit his work. In 1990 he was accepted into the International Academy of Ceramics in Geneva. 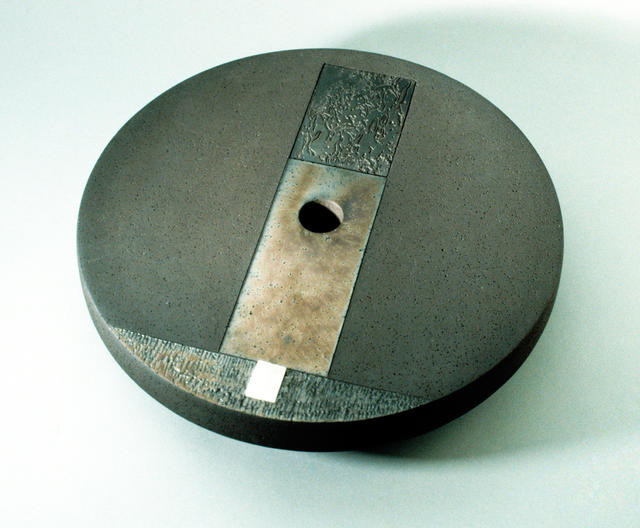