La Noblesse de Lorraine translates as ‘the nobility of Lorraine’; this is a region in France. Jacques Callot’s series of etchings preserves the fashionable status of its subjects in fantastic detail through generous displays of cloth, leather, fur and lace. Callot was a member of the Duchy of Lorraine’s nobility, and in 1621 returned to his birthplace of Nancy (Lorraine’s capital) after the death of Cosimo II de Medici, Grand-duke of Tuscany, his patron in Florence. After nine successful years in Florence, Callot struggled at first in Nancy to regain his reputation. Captivated by the daily life he saw around him, he began making small prints of comedy actors, gypsies and beggars, then turned to the social group to which he belonged. 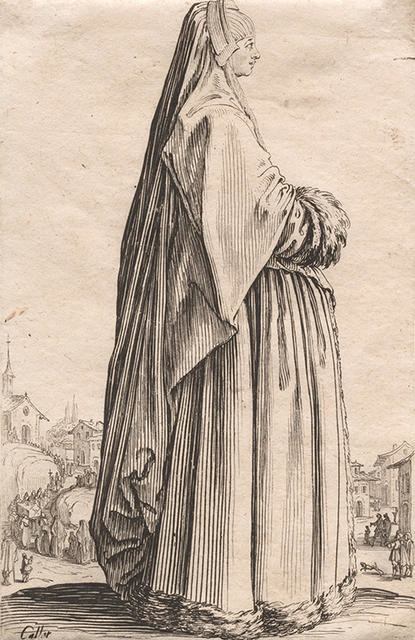