Captivated by the daily life he saw around him, he began making small prints of comedy actors, gypsies and beggars, then turned to the social group to which he belonged. This etching shows Callot’s fiancée, Catherine Kuttinger, whom he married in 1623, probably after completing this series. 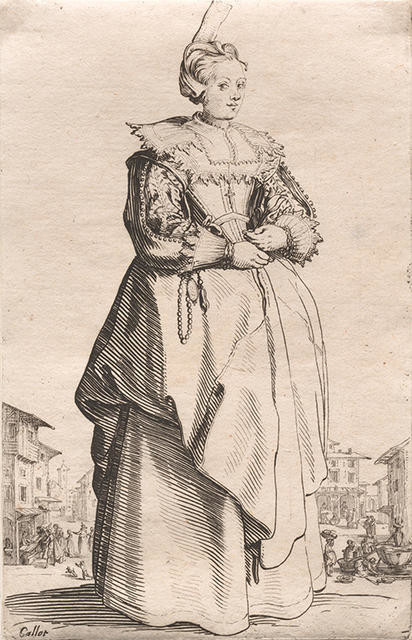