David Brokenshire’s ceramics are emotional responses to nature and the folds and sways of Windbowl have a sense that it has been shaped by the forces of the wind. The shell blue colour is reflective of a pale sky. Brokenshire has hand-built this piece out of porcelain, which is a clay that appears fragile but in fact has great strength, even when reduced to a very thin shell. It is quite difficult to use, but fires to a pure white and responds well to colour. Brokenshire was born in Thames, in the North Island. He trained as an architect in Auckland and began his career in Christchurch. In 1951 he started working with pottery. In 1975 Brokenshire was the New Zealand representative to the World Craft Council meeting in Australia and in 1979 he became a full-time potter. Brokenshire’s work has been exhibited throughout New Zealand and internationally. One of his pieces, representing New Zealand, is in the International Museum of Ceramics at Faenza in Italy. 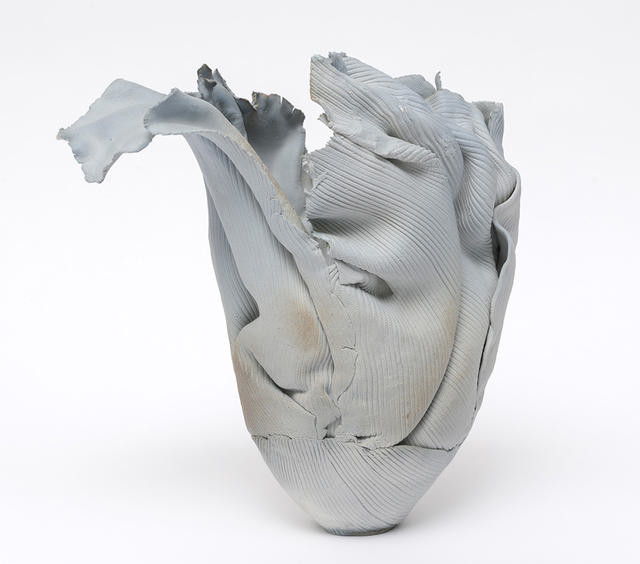 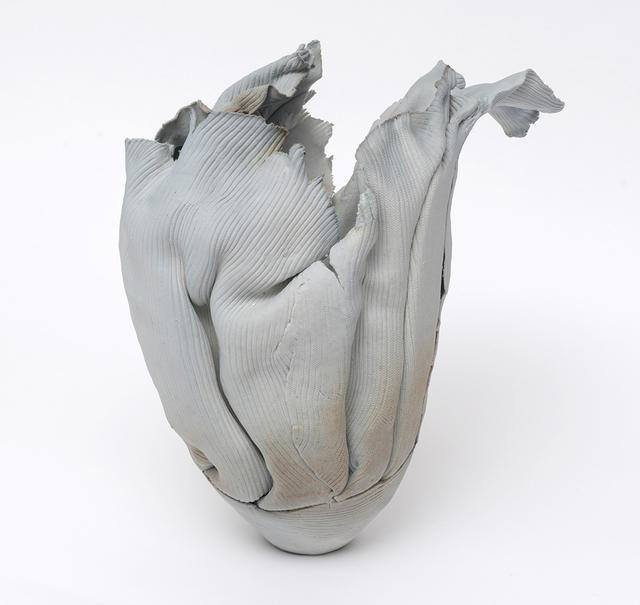 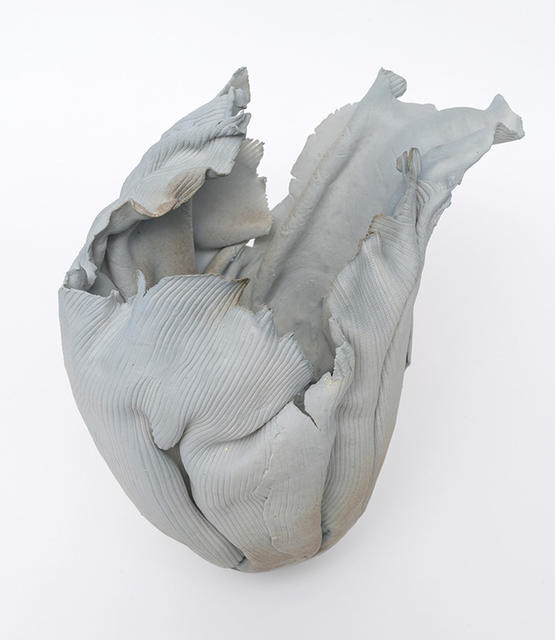