This item is a plate, placed opposite page 435 of the book commonly known as Anderson's Voyages Round the World.

A new, authentic, and complete collection of voyages round the world, undertaken and performed by royal authority. : Containing a new, authentic, entertaining, instructive, full, and complete historical account of Captain Cook's first, second, third, and last voyages, undertaken by order of His present Majesty, for making new discoveries in geography, navigation, astronomy, &c. in the Southern and Northern Hemispheres, &c., &c., &c. His first voyage ... Together with a narrative of Capt. Furneaux's proceedings in the Adventure... To which will be added complete and genuine narratives of other voyages of discovery round the world...those of Lord Byron, Capt. Wallis, Capt. Carteret, Lord Mulgrave, Lord Anson.

The book first appeared in installments between 1784 and 1786 and was subsequently re-published many times. We thank Dunedin City Libraries for their assistance with this information. 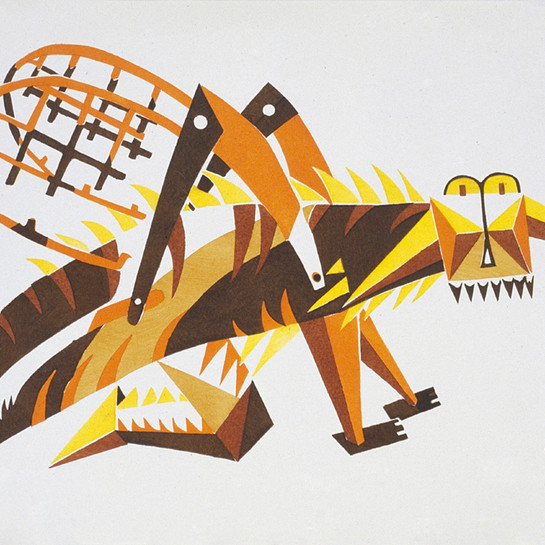 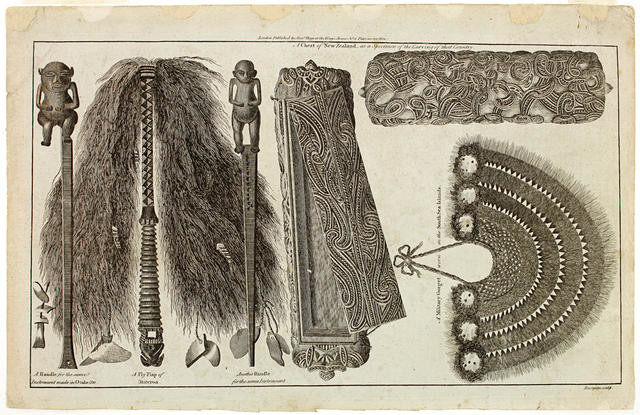