With its planes of shapes and colours, the main feature of this tapestry is the freeness of its design. Esther Archdall said that, as time went by, her ideas moved more into pure abstract shapes and away from any association with recognisable objects. Matrix of Light was woven as a wall hanging. Tapestry is among the oldest forms of weaving as art and a true tapestry is a woven fabric, not embroidery. The 1980s saw a lot of experimentation in tapestry weaving in New Zealand. Born in North Canterbury, Archdall trained as a teacher and also studied painting at the Canterbury College School of Fine Arts. In 1964 Archdall received an Arts Council grant to study in Scandinavia and Britain. The District Arts and Crafts Advisor for schools in the Canterbury area, she retired in 1977 and then studied tapestry weaving at the Royal Melbourne Institute of Technology in 1980 and at the Chisholm Institute, Melbourne, in 1990. She attended the International Symposium of Tapestry Weavers in Melbourne in 1988. 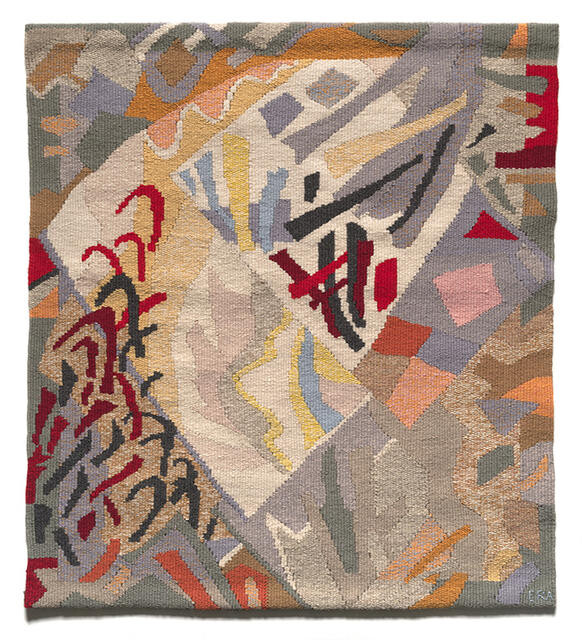