Aotearoa New Zealand has a long tradition of environmental protest, often centred on the shoreline and with artists at the forefront. Aramoana, near the entrance to Otago Harbour, was proposed as the site of a large aluminium smelter by a New Zealand and foreign-owned consortium in the 1970s. The Save Aramoana Campaign was formed in 1974 and involved many well-known artists. The smelter proposal was eventually abandoned and the saltmarshes designated as a reserve. In 1982, Marilyn Webb produced a print portfolio titled Taste Before Eating, which included Aramoana Soup. Written in the style of the popular radio personality Aunt Daisy, Webb’s ‘recipes’ were a warning about the negative impacts of projects that prioritised economic benefits over the welfare of the environment. 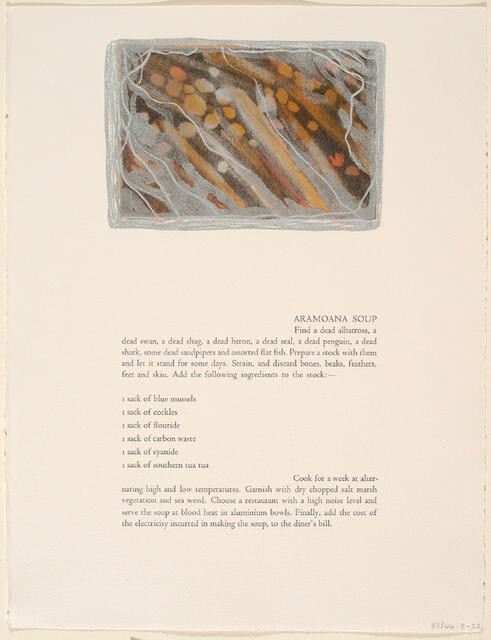