In the 1940s Lois White often featured young adults enjoying summer at the beach. Her stylised figure compositions were based on allegorical, biblical and social themes. However, Sunbathers is less stylised than many of her works and it is likely that she sketched it out of doors. White’s approach to her art focused on life-drawing, painting and compositional design and generally was shaped by the influence of A.J.C. Fisher (1896 -1959). White was born and lived in Auckland. She studied at the Elam School of Art where Fisher was appointed Director in 1925. White began teaching part-time at the School in 1927 and became a lecturer there in 1950. In 1948 she was a founding member of the New Group, a collective of Elam teachers and students who resisted the growing interest in Abstraction. White showed work in the ‘Women’s International Art Club’ exhibition in London, which was part of the Festival of Britain in 1951. She retired in 1963 but continued to exhibit with the Auckland Society of Arts until 1979. 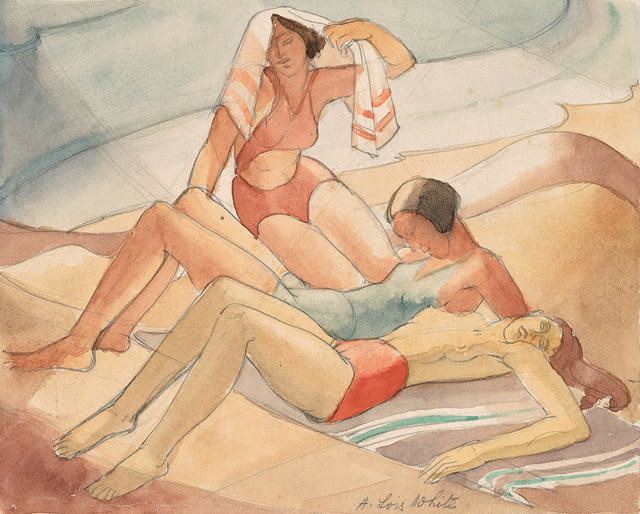