Robin White lived in Portobello and then Dunedin between 1972 and 1982. This 1981 screenprint, memorable in its simplicity and strangeness, depicts the young daughter of her friend artist Laurence Aberhart, who was living in Christchurch at that time. Kamala’s rain-coated form is doubled by the volcanic cone to her left, one of ‘The Pyramids’, a series of basalt cones near Victory Beach on the Otago Peninsula. The occasion of the portrait – Easter – is noted in the text that accompanies the image and also hinted at by the egg Kamala holds carefully in her hands. 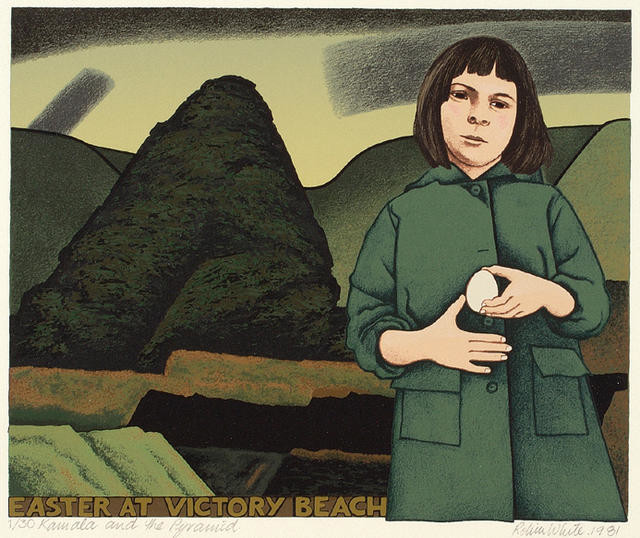 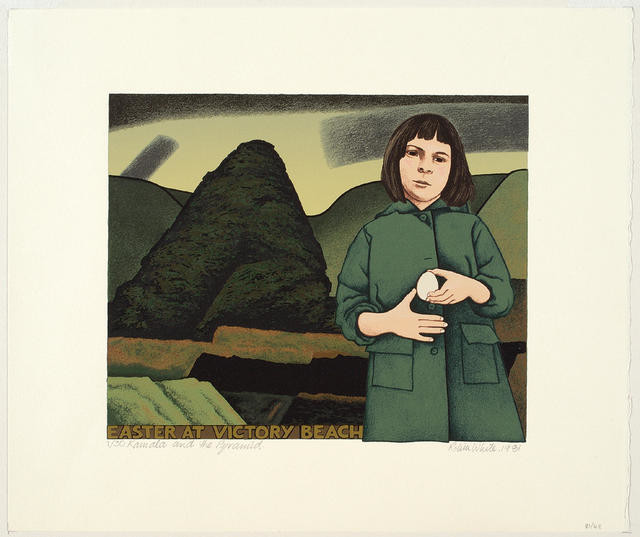